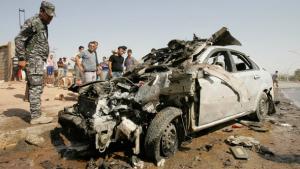 Series of Terrorist Attacks in Iraq

A Culture of Violence

﻿On the fourth day of the holy month of Ramadan, bombs went off simultaneously in 14 Iraqi cities, marking a new peak in al-Qaeda activity since the withdrawal of American troops at the end of last year. The terrorist network is shamelessly exploiting the way people behave during Ramadan, as Birgit Svensson reports from Baghdad END_OF_DOCUMENT_TOKEN_TO_BE_REPLACED

Iraq after the Withdrawal of US Troops: A ''Stable'' Country Teetering on the BrinkParliamentary Elections in Iraq: A Neck-and-Neck Race for Political PowerInterview with Nuri al-Maliki: "The Time Has Come to Invest in Iraq" 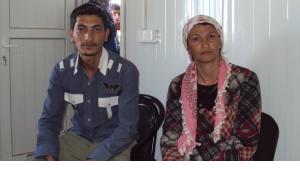 Exodus into the Unknown

Birgit Svensson visits a refugee camp in Dohuk in Iraqi Kurdistan where she finds Shefat and her brother Omar: they want to tell the world about the terrible things that are happening to the Syrian people END_OF_DOCUMENT_TOKEN_TO_BE_REPLACED 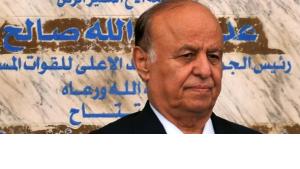 ﻿Militia in the north, separatists in the south, al-Qaeda and the return to the country of the former president Ali Abdullah Saleh ... the challenges facing Yemen's interim government on the road to democracy are staggering. From Sanaa, Birgit Svensson explains that the country's new leadership is actually fighting a war on four fronts END_OF_DOCUMENT_TOKEN_TO_BE_REPLACED

Presidential Election in Yemen: An Experiment in DemocracyThe Yemeni Minister Huria Mashhour: ''The Immunity Law Is an Offence against Everything''Interview with the Nobel Peace Prize Laureate Tawakkol Karman: ''Saleh is the Source of Terror'' 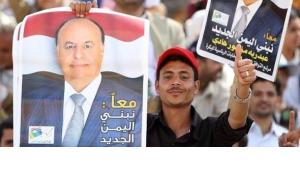 An Experiment in Democracy

Yemen is voting for a successor to President Saleh, who was overthrown after months of protest. But the only candidate is the vice-president, Abed Rabbo Mansur Hadi. And how he can possibly turn into the "Saviour of Democracy" in Yemen remains a mystery. Birgit Svensson reports from Sanaa END_OF_DOCUMENT_TOKEN_TO_BE_REPLACED 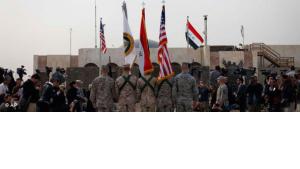 Iraq after the Withdrawal of US Troops

A ''Stable'' Country Teetering on the Brink

After the withdrawal of the Americans from Iraq, the governing coalition in Baghdad is imploding, the dispute between Shia and Sunni is escalating and several provinces are striving for autonomy. Birgit Svensson reports from Baghdad END_OF_DOCUMENT_TOKEN_TO_BE_REPLACED

Commentary by Feisal Amin al-Istrabadi: Is Obama Losing Iraq?Interview with the Iraqi Vice President Adil Abdul Mahdi: '' We Need Greater Respect for the Constitution''Forming a Government in Iraq: Maliki's Disservice to DemocracyParliamentary Elections in Iraq: A Neck-and-Neck Race for Political Power 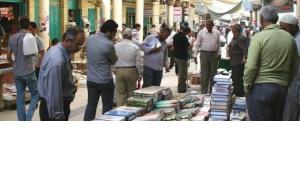 The Cultural Scene in Iraq

﻿In the wake of the long years of terror, a vibrant cultural scene is once more flourishing in Iraq. But people still have come to terms with the fact that culture in the 'New Iraq' is becoming more and more privatised. Birgit Svensson reports from Baghdad END_OF_DOCUMENT_TOKEN_TO_BE_REPLACED

Iraqi Theatre: The Arab Answer to 'Godot'"Death and the Maiden" in Iraq: From Pinochet to Saddam Hussein

END_OF_DOCUMENT_TOKEN_TO_BE_REPLACED
Social media
and networks
Subscribe to our
newsletter