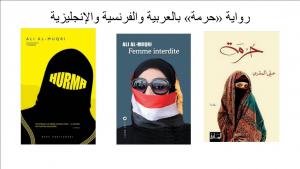 ″Sex is the origin of all life″

The novels of Yemeni author Ali al-Muqri are well-known to Arab readers and a few have already been translated into other languages. Al-Muqri often deals with subjects like sex, war and religion. His novel ″Hurma″ (French: ″Femme interdite″) won him the French prize for Arabic literature. Interview by Amida Sholan END_OF_DOCUMENT_TOKEN_TO_BE_REPLACED

Interview with the Yemeni director Sara Ishaq: "Yemen is like a garden that was full of weeds"Media reports on the Yemen conflict: A skewed view of Yemen's plightQantara dossier: Arabic literature 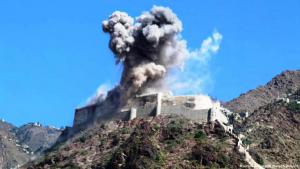 The destruction of Yemen's cultural heritage

Treasures of humanity under threat

Ongoing airstrikes and the military conflict with the Houthi rebels bring the threat of further destruction of important historical buildings and cultural monuments in Yemen. By Amida Sholan END_OF_DOCUMENT_TOKEN_TO_BE_REPLACED

The crisis in Yemen: History can help us to understandBattles in Yemen: Opening Pandora's Box in YemenAit-Ben-Haddou: The battle to save a pearl of Morocco's heritagePalmyra: an oasis of cultural history

END_OF_DOCUMENT_TOKEN_TO_BE_REPLACED
Social media
and networks
Subscribe to our
newsletter