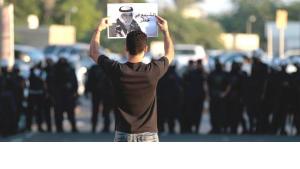 The Arab Spring and the Media

﻿Why have Al-Jazeera, Al-Arabiya and most western media neglected to report on the uprisings in Bahrain? Is it true that in Syria, Alawites are fighting against Sunni Muslims? And who were the real victims of the Houla massacre? Amira Mohsen Galal takes a look at some of the most striking flaws in reporting on the Arab Spring, two years after the uprisings began END_OF_DOCUMENT_TOKEN_TO_BE_REPLACED

Arab States in Transition: Why We Should Pay More Attention to Arab MediaThe Saudi Arabian Blogger Ahmed al Omran: ''You Cannot Copy and Paste a Revolution''Al Jazeera and Qatar: Accessories of the Arab Spring

END_OF_DOCUMENT_TOKEN_TO_BE_REPLACED
Social media
and networks
Subscribe to our
newsletter