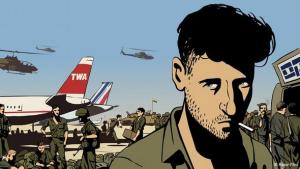 Experts on Sensitive Issues and Taboos

For ten years now, Razor Film in Berlin has been producing films that have provoked audiences and intentionally broken political taboos. With the films "Paradise Now" and "Waltz with Bashir", the small production company achieved a cinematic breakthrough. It will soon release its first film from Saudi Arabia. By Andrea Horakh END_OF_DOCUMENT_TOKEN_TO_BE_REPLACED

END_OF_DOCUMENT_TOKEN_TO_BE_REPLACED
Social media
and networks
Subscribe to our
newsletter