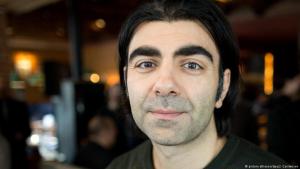 The cutting edge of reality

Fatih Akin's film about the Armenian genocide: Processing a collective traumaFatih Akin's film "The Edge of Heaven": Transcending prejudice and ideologyMulticulturalism in German cinema: We are here and that is how it should be! 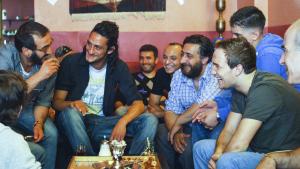 With his first feature film, "Ummah – unter Freunden," the German-Turkish film director Cüneyt Kaya deliberately confronts viewers with a world that stands in sharp contrast to prevalent prejudices. The film, set in the Berlin problem district of Neukölln, can be taken as an invitation to get to know the Muslim community. By Anke Sterneborg END_OF_DOCUMENT_TOKEN_TO_BE_REPLACED

Multiculturalism in German Cinema: We Are Here and That Is How It Should Be!Fatih Akin's Film "The Edge of Heaven": Transcending Prejudice and IdeologyTurkish Cinema: Miracle Spirit of Optimism and a Lack of Craftsmanship

END_OF_DOCUMENT_TOKEN_TO_BE_REPLACED
Social media
and networks
Subscribe to our
newsletter