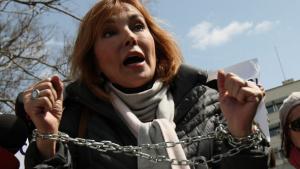 According human rights organisations, there were never as many journalists in prison in Turkey since the end of the military regime in 1983 as during the past year. Aryeh Neier, founding member of "Human Rights Watch", criticizes the state of media freedom of Turkey, which in his view conflicts with the nation's general human rights situation END_OF_DOCUMENT_TOKEN_TO_BE_REPLACED

END_OF_DOCUMENT_TOKEN_TO_BE_REPLACED
Social media
and networks
Subscribe to our
newsletter