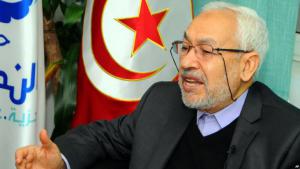 "If you sow dictatorship, you harvest terrorism"

Rachid Ghannouchi is the leader of Tunisia's Ennahda Party. He was recently awarded this year's Ibn Rushd Prize. Daniel Bax and Tsafrir Cohen spoke to him about his country's liberal constitution, the freedom to cast off religion, and Tunisia's pioneering role in the Arab world that highlights the compatibility of Islam and democracy END_OF_DOCUMENT_TOKEN_TO_BE_REPLACED

END_OF_DOCUMENT_TOKEN_TO_BE_REPLACED
Social media
and networks
Subscribe to our
newsletter