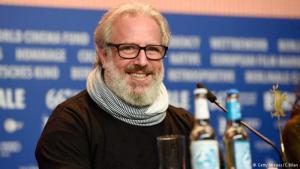 The winner of the Audience Award at last year′s Berlinale film festival is a story from Lod — or Ludd, as it′s pronounced in Arabic — a small town with a mixed Jewish-Arab population just a few kilometres away from Tel-Aviv, where Kareem and his girlfriend Manar use music to fight both the discrimination by the State of Israel and the violent patriarchal conservatism in their own community. Daniel Tkatch caught up with its director, Udi Aloni END_OF_DOCUMENT_TOKEN_TO_BE_REPLACED

Film review: "Dancing Arabs" by Eran Riklis: Dancing at two weddingsInterview with Israeli filmmaker Mor Loushy: "I am ultimately fighting for a better future in my homeland"Documentary: "The Green Prince": A friendship that inspires hope

END_OF_DOCUMENT_TOKEN_TO_BE_REPLACED
Social media
and networks
Subscribe to our
newsletter