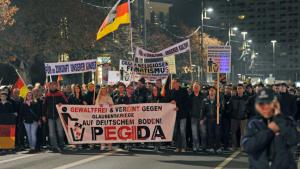 In the past week, there have been a number of well-attended marches against the "Islamisation of the West" in German cities. These marches were organised by supporters of Pegida (Patriotic Europeans against the Islamisation of the West). Why has the Pegida movement in Germany grown so much so fast? In this interview with Dennis Stute, sociologist Oliver Nachtwey says that political parties are a key factor and warns against the wrong knee-jerk response END_OF_DOCUMENT_TOKEN_TO_BE_REPLACED 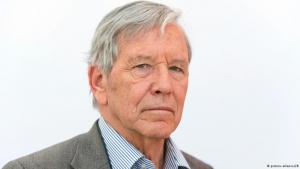 Israel's ground offensive against Gaza is justified but excessive, says Amos Oz in this interview with Dennis Stute. However, the Israeli writer is also critical of the Hamas strategy of attacking Israel from within civilian areas END_OF_DOCUMENT_TOKEN_TO_BE_REPLACED

The Israeli–Palestinian conflict in Gaza: Propaganda warIsraeli military offensive in Gaza: Israel cannot winInterview with Raji Sourani in Gaza: "We are just soft targets: we are very cheap"

END_OF_DOCUMENT_TOKEN_TO_BE_REPLACED
Social media
and networks
Subscribe to our
newsletter