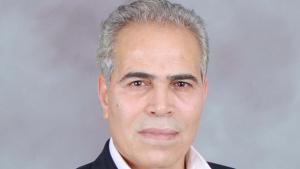 ﻿According to the Jordanian Islamism expert Hassan Abu Haniyya, the Muslim Brotherhood is still adhering to structures developed in the early 20th century by the movement's founder Hassan al-Banna. This, Haniyya says, blocks the organisation's evolution and at the same time encourages breakaway tendencies. Emad Ghanim spoke to him END_OF_DOCUMENT_TOKEN_TO_BE_REPLACED

Salafists in Egypt: Exploiting the Weakness of the PeopleInterview with the Coptic activist Emad Gad: ''Egypt is inexorably developing into a theocracy''Political Prospects after the Arab Spring: At a Crossroads

END_OF_DOCUMENT_TOKEN_TO_BE_REPLACED
Social media
and networks
Subscribe to our
newsletter