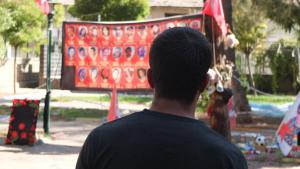 The faces of the 31 members of the Federation of Socialist Youth Associations (SGDF) killed in the attack on 20 July still gaze down from banners strung around the courtyard of the Amara Culture Centre where the bomb was detonated. Inside, surrounded by broken windows, sits Adnan, a 25-year-old Kurd, who describes the IS terrorism that drove him out of Kobani, only to catch up with him across the border in Suruc. Fabian Kohler spoke to him about the attack END_OF_DOCUMENT_TOKEN_TO_BE_REPLACED 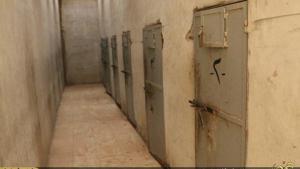 The city of Palmyra has been under the control of the self-styled "Islamic State" since mid-May. But for many Syrians, the city was a gateway to hell long before the arrival of the jihadists: Palmyra was home to the infamous Tadmur prison, where the Ba'ath regime tortured tens of thousands of people. When IS seized the city, one of the first things it did was to blow up the hated jail. Bara Sarraj, who now lives in Chicago, was one of its inmates. He told Fabian Kohler about his years in prison END_OF_DOCUMENT_TOKEN_TO_BE_REPLACED

END_OF_DOCUMENT_TOKEN_TO_BE_REPLACED
Social media
and networks
Subscribe to our
newsletter 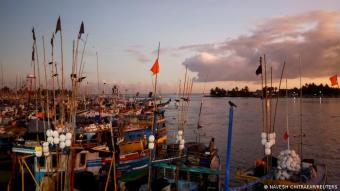