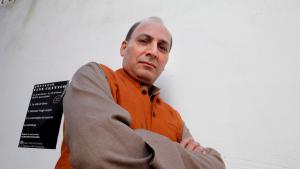 "The last stop before hell"

In May 2006, the leading Iranian intellectual and philosopher Ramin Jahanbegloo was arrested at Tehran Airport and accused of spying and trying to undermine the government in Iran. Following an international campaign, he was released in August of the same year. After his release, he wrote a book about his experiences. By Fabrizio Petri END_OF_DOCUMENT_TOKEN_TO_BE_REPLACED

END_OF_DOCUMENT_TOKEN_TO_BE_REPLACED
Social media
and networks
Subscribe to our
newsletter