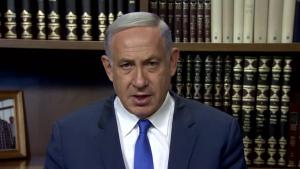 Israel and the settlements

The video posted by Benjamin Netanyahu on 9 September took everyone by surprise. Nobody could explain it – neither the timing, the essence, nor the Israeli prime minister′s hidden agenda. For years now, the so-called peace process has been in stasis. Then, out of the blue, Netanyahu decides to address the evacuation of Jewish settlers. Commentary by Gideon Levy END_OF_DOCUMENT_TOKEN_TO_BE_REPLACED

The Palestinian village of Susiya: Archaeology of a dispossessionInterview with the Israeli peace activist Uri Avnery: ''Israel needs peace, not settlements''Middle East conflict: What prospect peace? 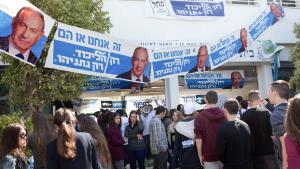 Never before in the history of Israel have there been such empty and unnecessary elections. The elections of 2015 are about nothing; no real issues are being discussed. Most of the parties are not even bothering to present an agenda, and very few Israelis understand why they have to go to the polls on 17 March, two years after they last did so. By Gideon Levy END_OF_DOCUMENT_TOKEN_TO_BE_REPLACED

Investigations into the 2014 Israel–Gaza conflict: What prospects for accountability in Gaza?Arabs and Jews in Israel: You can't tear us apartThe Knesset member Haneen Zoabi: Loathed, reviled ... and excluded from parliamentInterview with Yehuda Shaul: "The treatment of the Palestinians is the biggest threat to Israel" 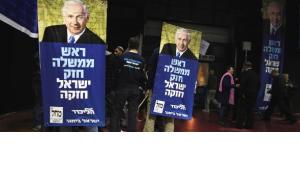 Many analysts have interpreted the outcome of Israel's elections as a rebuff for the country's right-wing politics. But, says Gideon Levy in his commentary, paradoxically, an extreme right-wing Israeli government might have been preferable to a moderate one, as it would have served as a wake-up call for the world to finally achieve peace END_OF_DOCUMENT_TOKEN_TO_BE_REPLACED

Essay by Tony Klug: Two States – by Design or DisasterKnesset Elections in Israel: Giving Away Their VotesIsrael's Party Landscape: Annexation not Negotiation

END_OF_DOCUMENT_TOKEN_TO_BE_REPLACED
Social media
and networks
Subscribe to our
newsletter