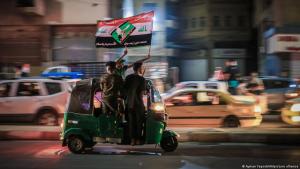 With turnout somewhere between 38 and 41 per cent, assassinations and intimidation of activists by armed groups in the run-up to the election, and a boycott of the election by several new parties linked to the protest movement, political calm and stability seem a distant prospect in Iraq. There has also been a shift in the balance of power towards Muqtada al-Sadr and Nouri al-Maliki. By Harith Hasan END_OF_DOCUMENT_TOKEN_TO_BE_REPLACED

END_OF_DOCUMENT_TOKEN_TO_BE_REPLACED
Social media
and networks
Subscribe to our
newsletter