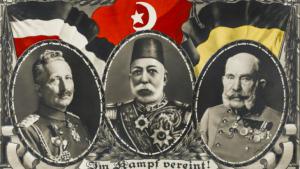 After the First World War, many people hoped for a lasting order that would bring peace. The mandate system, which was supervised by the international community, was supposed to bring a new form of "benevolent" imperialism to the Middle East. However, the region is still dominated by the problems that were created at that time – more so today than ever before. By Jakob Krais END_OF_DOCUMENT_TOKEN_TO_BE_REPLACED

Syria and the Middle East: The end of the Sykes–Picot system?Germans and Ottomans in the First World War: A partnership of privilegeInterview with Daniel Barenboim: "The world is suffering from a lack of leadership" 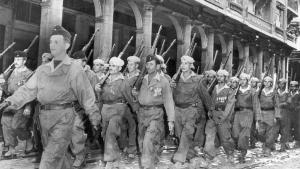 Sixty years since the beginning of the Algerian war

The Algerian War began 60 years ago. Some eight years later, a new Arab nation came about – and a million Algerians of French origin fled to France. The recent successes of the extreme-right Front National have made these "pieds-noirs" a political factor again, as the fronts of the Algerian War retain contemporary relevance. By Jakob Krais END_OF_DOCUMENT_TOKEN_TO_BE_REPLACED 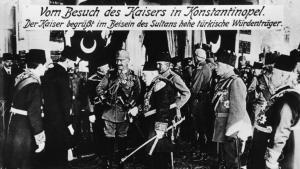 When the First World War began 100 years ago, German advisers in the Ottoman Empire were a common sight. The Ottomans hoped their alliance with the military power Germany would help them reverse their waning military fortunes. In the end, however, they lost their entire empire as a result of the conflict. By Jakob Krais END_OF_DOCUMENT_TOKEN_TO_BE_REPLACED

Fatih Akin's film about the Armenian genocide: Processing a collective traumaTurkey and Armenia: "This Is None of Europe's Business"Armenians in Turkey: A Feeling of Powerlessness

END_OF_DOCUMENT_TOKEN_TO_BE_REPLACED
Social media
and networks
Subscribe to our
newsletter