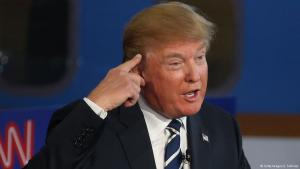 In the wake of the Brussels attacks, Republican frontrunner Donald Trump yet again repeated his call for a ban on all Muslims entering the United States of America. With ABC News primary exit polls on 15 March revealing that two-thirds of Republican voters feel Muslims would be better off elsewhere, the current tide of anti-Muslim sentiment has yet to turn. By Joseph Mayton END_OF_DOCUMENT_TOKEN_TO_BE_REPLACED

Right-wing populism in Europe and the USA: The politics of IslamophobiaThe Islam debate: The dual consciousness of MuslimsIS attacks in Brussels: No more shades of greyThe American Civil Liberties Union website 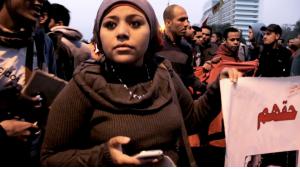 A new project highlighting women in the MENA region and their struggle during and after the Arab Spring goes against the usual Western image of the docile, oppressed Arab woman. Instead, "The Trials of Spring" shows women in the region as they are: strong, active, committed participants and well-informed activists. The project features six short films about Arab women. Joseph Mayton spoke to Academy Award-nominated producer Gini Reticker about the project END_OF_DOCUMENT_TOKEN_TO_BE_REPLACED

Website of the project "The Trials of Spring"Women in Libya: High hopes brutally dashedCommentary by Moha Ennaji: Arab women's unfinished revolutionDialogue between Charlotte Wiedemann & Mansoura Ez-Eldin: Prospects for women in the Arab SpringWomen's rights and the Arab Spring: The female face of the revolution 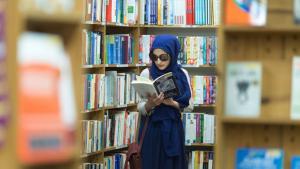 Most people have heard of the term "hipster", which conjures up images of hip young, middle-class urban adults with progressive ideas who are into indie music. But what of the mipster, the "Muslim hipster"? Is it a real or just an imaginary concept? And for young American Muslims, is the label a blessing or a curse? By Joseph Mayton in San Francisco END_OF_DOCUMENT_TOKEN_TO_BE_REPLACED

Anti-Muslim sentiment in Canada and the US: Playing on people's fearsMuslims in America: New Wave of Anti-Islamic SentimentSnowden revelations: NSA spied on prominent US Muslims 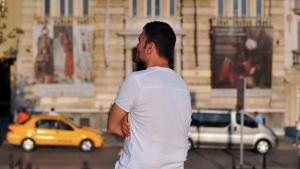 While it is a well-known fact that LGBT people face discrimination and violence in Muslim and Arab countries, it is not quite as well known that LGBT people seeking asylum in the West also face considerable difficulties and in some cases gross insensitivity. Some of those who have been granted asylum are now using the Internet to try and foster tolerance in their native countries. By Joseph Mayton END_OF_DOCUMENT_TOKEN_TO_BE_REPLACED

Gay Rights in Malaysia: Creating Change in the MosqueGay Rights in Tunisia: Not Illegal, but Taboo Brian Whitaker – "Unspeakable Love": Gay and Lesbian Life in the Middle East Iraqi Gay Refugees: A Temporary Haven in Lebanon 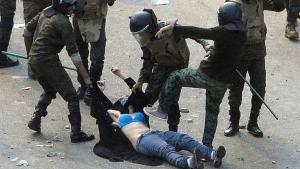 An Attempt to Portray Arab Women as Victims

In the May/June special issue of the American magazine Foreign Policy, the Egyptian-American journalist Mona Eltahawy published an article claiming that the root of women's problems in the Middle East is quite simply that men hate them. Opinions on the article differ widely. Joseph Mayton asked a number of women in Tunisia and Egypt what they thought of it END_OF_DOCUMENT_TOKEN_TO_BE_REPLACED

Mansoura Ez Eldin on Women's Rights in Egypt: Between Hammer and AnvilThe Moroccan Fusion Singer Oum: ''I Am a Muslim, But I Make Decisions about My Life''Egyptian Women's Rights Activist Hoda Badran: Women as Losers of the Revolution? 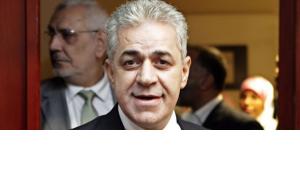 Up until recently, the chances of Hamdeen Sabahi were considered slim. But new polls suggest the left-leaning social activist is now one of the top contenders for the presidential office. Joseph Mayton met up with the idiosyncratic politician in Cairo END_OF_DOCUMENT_TOKEN_TO_BE_REPLACED 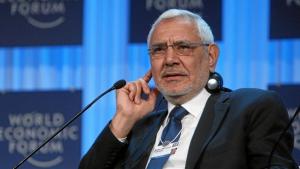 More than 14 months on from an uprising that ousted the former regime of Hosni Mubarak in Cairo, the Muslim Brotherhood is in power and establishing its political strength in parliament. Once dubbed the future reformist of the Brotherhood, the independent candidate Abdel Moneim Aboul Fotouh now faces the ire of the country's leading political movement, whose own candidate has just been banned. Joseph Mayton reports END_OF_DOCUMENT_TOKEN_TO_BE_REPLACED

Interview with Andrea Teti': 'The Arab Uprising Was Not about Liberal Democracy''Interview with the Tunisian Opposition Politician Maya Jribi: ''Tunisia Is Rooted in the Modern and Tolerant Tradition of Islam''Tunisia after the Elections: Ennahda and the Challenges of DemocracyThe Arab Islamists and Erdogan's Turkish Islam: Secularism as a Protector of ReligionMohammed el-Baradei in Egypt: Figurehead of the Liberal Opposition 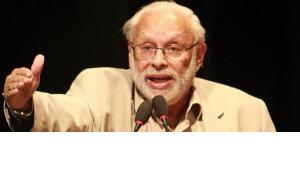 ''We Need a New Revolution''

﻿George Ishak, an Egyptian democracy activist and founder of the popular "Kifaya" protest movement that opposed the former Egyptian president, Hosni Mubarak, is confident that the people of Egypt will not accept being dictated to by the military in the long run. Joseph Mayton spoke to him about the current situation in Egypt END_OF_DOCUMENT_TOKEN_TO_BE_REPLACED

Interview with Ahdaf Soueif: Happy to Follow the Tahrir Youth's LeadAnniversary of the Egyptian Rebellion: Egypt's Protesters Ready for the Next RevolutionTwelve Months after the Start of the Arab Spring: Year Two of the Rebellions 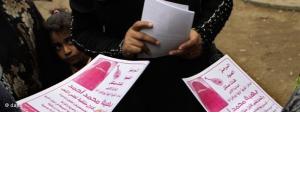 The Role of Religion in Egyptian Society

''Dictatorship is out in Egypt''

The eyes of the world are on Egypt in the run-up to the country's first free parliamentary elections in 30 years. Joseph Mayton examines the role played by religion in Egyptian society and its possible influence on the way Egyptians will vote END_OF_DOCUMENT_TOKEN_TO_BE_REPLACED

Egypt's Parliamentary Elections: Moving in the Wrong Direction?Religion in the Arab Spring: The Martyrs of the RevolutionDossier: Uprisings in the Arab World

END_OF_DOCUMENT_TOKEN_TO_BE_REPLACED
Social media
and networks
Subscribe to our
newsletter