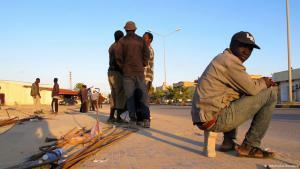 Migrants and refugees from Africa and beyond find shelter in a former major smuggling route to Italy. Zuwara, once a muster point for those seeking to jump on a raft to Europe, is now proving a haven for those fleeing conflict and instability in other countries. By Karlos Zurutuza END_OF_DOCUMENT_TOKEN_TO_BE_REPLACED

Refugees in Libya: Scapegoats for the crimes of a fewLibya: A sanctuary for radicals and militantsCivil war in Libya: A stateless society 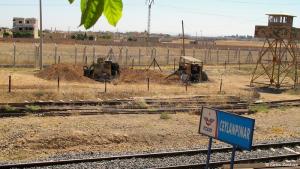 The Turkish Border Town of Ceylanpinar

A Base for Al-Qaeda?

The target of stray bullets and shells coming from Syria, the small Turkish border town of Ceylanpinar has also turned into a hub for Islamist militants – allegedly backed by Ankara. Many believe that Turkey is providing a haven to al-Qaeda-affiliated fighters. Karlos Zurutuza reports END_OF_DOCUMENT_TOKEN_TO_BE_REPLACED 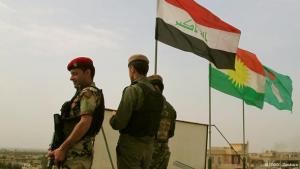 ﻿Claimed by Kurds, Arabs and Turkmen alike, the oil-rich province of Kirkuk remains one of Iraq's most disputed and politically flammable regions ten years after Saddam Hussein was toppled. Karlos Zurutuza spoke to the most senior representatives of the region's different communities about the province's diverse problems END_OF_DOCUMENT_TOKEN_TO_BE_REPLACED

Marching against al-Maliki: Has the Arab Spring Arrived in Iraq?Series of Terrorist Attacks in Iraq: A Culture of ViolenceInterview with Kifah Al-Jawahiri: ''Iraq's Political Crisis Is Massive''Iraq on the Eve of American Withdrawal: Discord in Kirkuk 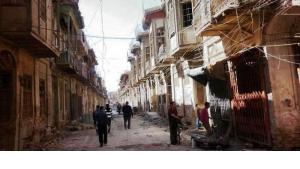 ﻿In the wake of the US withdrawal from Iraq and amid a growing internal political crisis, Karlos Zurutuza spoke to Kifah Al Jawahiri, one of the country's most respected human rights activists END_OF_DOCUMENT_TOKEN_TO_BE_REPLACED

Women's Rights in Northern Iraq: Time for a RethinkThe Cultural Scene in Iraq: Returning to Something Like Normality

END_OF_DOCUMENT_TOKEN_TO_BE_REPLACED
Social media
and networks
Subscribe to our
newsletter