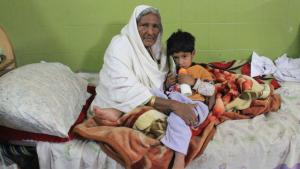 "I want to preserve my Hindu bloodline in North Waziristan"

All around the Islamic world, people are being forced from their homes for religious reasons or are fleeing religious violence and conflict. Many leave, intending never to return in the hope of being able to start a new life in a different country. Others, however, want to return home and carry on. Just like this elderly Hindu lady who wants to go back to the predominantly Muslim region of North Waziristan to rebuild her destroyed home and keep the Hindu population there alive. She told her story to Kiran Nazish END_OF_DOCUMENT_TOKEN_TO_BE_REPLACED

Qantara dossier on refugeesThe Christian minority in Pakistan: Under increased threat of persecutionIslam in Pakistan: The myth of the Muslim monolithNobel Peace Prize 2014: Serving stereotypes about the subcontinent? 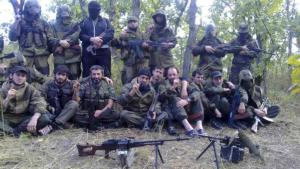 Pakistan, Afghanistan, Yemen and Somalia are known to be hotbeds of Islamist activity. For some time now, many young, radicalised Muslims have been leaving their homes in Europe and northern Africa to join the ranks of radical Islamist groups such as IS. However, little attention has thus far been paid to the number of jihadis coming out of the Russian Republic of Dagestan. By Kiran Nazish in Afghanistan END_OF_DOCUMENT_TOKEN_TO_BE_REPLACED

The emergence of Islamic State in Pakistan: "They don't negotiate, they don't make partners"Taliban attacks on schools in Pakistan: "We will never forget what happened"Interview with Stefan Meister: "The Syria crisis is legitimising Putin"The Crimean crisis: The Near East – scene of a new Cold War?Islam in Russia 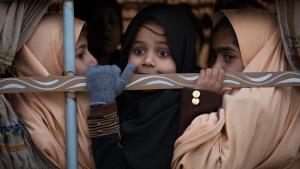 Taliban attacks on schools in Pakistan

"We will never forget what happened"

On 16 December 2014, a group of Pakistan Taliban militants entered the auditorium and classrooms of the Army Public School in Peshawar and opened fire, killing over 140 people. The attack outraged the world and triggered a debate about the Taliban threat to schools in the country. Sadly, this school attack was no isolated incident: since 2007, more than 1,000 schools have been attacked or destroyed. By Kiran Nazish in Peshawar and Swat END_OF_DOCUMENT_TOKEN_TO_BE_REPLACED

Peshawar school attack: The cynical logic of the Pakistan TalibanThe emergence of Islamic State in Pakistan: "They don't negotiate, they don't make partners"Interview with Asma Jahangir, winner of the Right Livelihood Award: "Every restriction is based on religion"Nobel Peace Prize 2014: Serving stereotypes about the subcontinent? 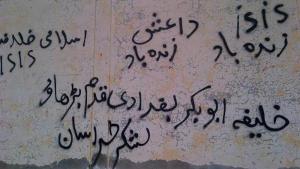 The emergence of Islamic State in Pakistan

Islamic State (IS) has shocked the world with its bulldozer-like advance over Sunni-dominated areas of Iraq and Syria. Ever since it declared a caliphate, there have been fears that the group may supersede al-Qaida as the vanguard of global jihadist movements. According to Kiran Nazish in Pakistan, IS has been trying to recruit from the jihadist stream in South Asia END_OF_DOCUMENT_TOKEN_TO_BE_REPLACED

Islamic State (IS): A totalitarian, expansive and hegemonic projectDrone war in Afghanistan and Pakistan: Living in the shadow of the "angels of death"Portrait of Pakistani politician Imran Khan: Flirting with the TalibanInterview with Asma Jahangir, winner of the Right Livelihood Award: "Every restriction is based on religion" 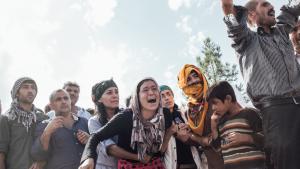 The city of Kobani in northern Syria has been under seige from Islamic State (IS) for over a month now. In recent days, Turkey has allowed a military convoy of Iraqi peshmerga and Free Syrian Army fighters to pass through its territory en route to Kobani. However, the peshmerga are arriving relatively late in the day. Thousands of Kurds from Syria, Turkey and Iraq have already joined the YPG and are in Kobani defending the city. They may all be fighting the same enemy, but they are certainly not united among themselves. By Kiran Nazish in Erbil END_OF_DOCUMENT_TOKEN_TO_BE_REPLACED 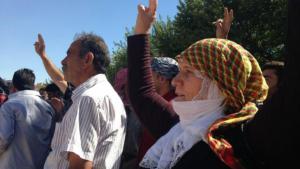 Turkey, IS and the Kurds

Powder keg on the Turkish-Syrian border

More than 200,000 people from Kobani have fled the IS onslaught and sought refuge in Turkey. But as the days pass, anger and frustration at what they see as Turkish inactivity is growing. More and more Kurds, from both Syria and Turkey, are now considering taking up arms not only against IS but also against Turkey should Kobani fall. By Kiran Nazish in Mursitpinar, Turkey END_OF_DOCUMENT_TOKEN_TO_BE_REPLACED

Syrian refugees in Turkey: Time for Turkey's allies to rally roundSyrian refugee children: A lost generation in the makingTurkey's Kurdish policy: The return of the hardliners

END_OF_DOCUMENT_TOKEN_TO_BE_REPLACED
Social media
and networks
Subscribe to our
newsletter