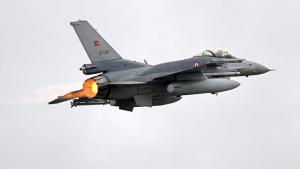 Erdogan and the Kurdish conflict

A battle for votes

For a brief moment, NATO allies thought they were witnessing a major policy turnaround when Turkey finally joined the campaign against Islamic State. But in actual fact, Ankara's first priority appears to be to move against the PKK and the HDP, the pro-Kurdish party that prevented President Erdogan's party from retaining its parliamentary majority. By Markus Bernath END_OF_DOCUMENT_TOKEN_TO_BE_REPLACED

The Kurdish conflict: Barzani in a tight spotTurkish military operations against IS and the PKK: Erdogan's double strategyKurds in Iraq: When hope turns to fearTurkey after the general election: No balcony speeches for Erdogan

END_OF_DOCUMENT_TOKEN_TO_BE_REPLACED
Social media
and networks
Subscribe to our
newsletter