The fact that the people of Morocco have responded with such maturity and responsibility to the protective measures imposed by the government to contain the coronavirus pandemic is a historic moment for the country, says Moroccan political scientist Mohamed Taifouri END_OF_DOCUMENT_TOKEN_TO_BE_REPLACED

Digitalisation and the coronavirus in Morocco: From care to control?Morocco launches fleet of drones to tackle virus from the skyCOVID-19 in North Africa: Corona proactivity in Tunisia, trivialisation in Egypt

Having seen a sharp decline in its influence in Tunisia and Algeria, France is eyeing China and Spain’s growing economic presence in Morocco with concern. Is Paris about to lose its "backyard" in North Africa altogether? An analysis by political scientist Mohamed Taifouri for Qantara.de END_OF_DOCUMENT_TOKEN_TO_BE_REPLACED

Morocco's rule of law, human rights and freedom of the press are under attack. According to political scientist Mohamed Taifouri, although the 2011 constitution includes a large number of freedoms, the state repression that was thought to have been overcome is making a comeback END_OF_DOCUMENT_TOKEN_TO_BE_REPLACED

Morocco and the return of autocracy: Playing with fireMoroccoʹs treatment of Hirak El-Shaabi: Fair trial? Fat chanceReform in Morocco: Sapping the political will 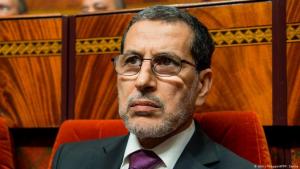 Moroccoʹs PJD on course to self-destruct

By drowning the PJD in procedures and decisions, Moroccoʹs ruling elite is using the same approach it applied to cripple another former coalition partner, the Socialist Union of Popular Forces. Does this gradual assimilation of the PJD into the establishment signal the end of the Islamistsʹ participation in the democratic process? By Mohamed Taifouri END_OF_DOCUMENT_TOKEN_TO_BE_REPLACED

Morocco's power struggle: Loyalty over competenceMorocco's monarchy and the conflict with the PJD: All power to the palaceMoroccoʹs sentencing of Nasser Zefzafi: When civil liberties contract 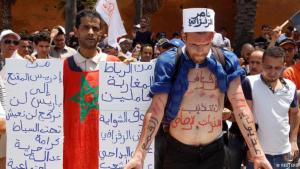 The Moroccan regime is seeking to cleanse the political arena, draining the debate of any substance. Using traditional pre-February 2011 means to tighten its grip on the population is, however, proving very difficult. By Mohamed Taifouri END_OF_DOCUMENT_TOKEN_TO_BE_REPLACED

Morocco and the return of autocracy: Playing with fireMorocco's monarchy and the conflict with the PJD: All power to the palaceReligion and politics in Morocco: Blurred lines 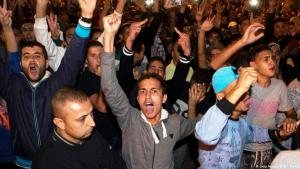 Morocco and the return of autocracy

According to Moroccan researcher Mohamed Taifouri, the Kingdom of Morocco is gradually returning to its pre-2011 state, openly declaring a break from the accretions of the Arab Spring. The legacy of the 20 February Movement and all that has followed by way of a political renaissance is simply unwelcome ballast, argues Mohamed Taifouri END_OF_DOCUMENT_TOKEN_TO_BE_REPLACED

END_OF_DOCUMENT_TOKEN_TO_BE_REPLACED
Social media
and networks
Subscribe to our
newsletter