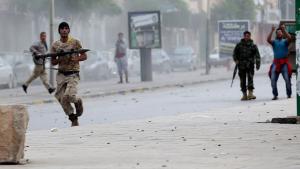 Two Years after the Overthrow of the Gaddafi Regime

Are We Facing a Second Somalia?

Libya: Militias Take Aim at Tripoli ProtestersLibya: A Sanctuary for Radicals and Militants"Gaddafi's Harem": A Monstrous Nexus of Power, Sexuality and Violence 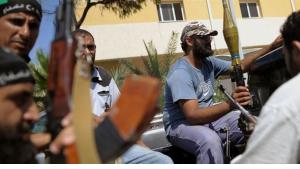 Libya after the Parliamentary Elections

The first free elections to be held in Libya for over half a century took place at the weekend. Even if they were free and fair, the challenges facing the country are daunting, to say the least. According to the Libyan political scientist Mustafa el-Fituri, the failures of Libya's interim government have led to a lack of stability and growing divisions in society END_OF_DOCUMENT_TOKEN_TO_BE_REPLACED

Bani Walid and the New Libya: A Deceptive CalmLibya after the Revolt: Rebuilding the Ruins of QaddafiQantara Dossier: Uprisings in the Arab World

END_OF_DOCUMENT_TOKEN_TO_BE_REPLACED
Social media
and networks
Subscribe to our
newsletter