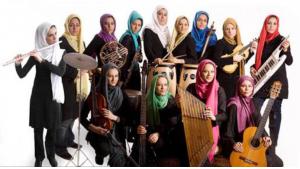 Music in Rouhani′s Iran: A change in tune?

During President Rouhani′s first term in office, musicians began to gain greater freedom in Iran. Now, they′re hoping for further alleviations for their work after Rouhani′s re-election. To date, however, musical performances have been subject to much uncertainty and even traditional religious music is a thorn in the side of hardliners. By Nahid Fallahi END_OF_DOCUMENT_TOKEN_TO_BE_REPLACED

Persian classical music: Going their own way Musicians in Iran: An uphill struggle all the wayQantara dossier: Musical worlds 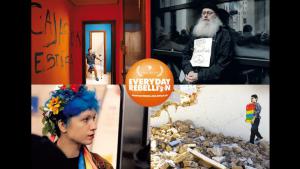 "Non-violent revolutions are not a hippie fantasy"

With "Everyday Rebellion", Iranian-born filmmakers Arash and Arman T. Riahi have created a multimedia project that celebrates civil disobedience and connects peaceful forms of protest in Islamic countries and around the globe. Nahid Fallahi spoke to Arash T. Riahi about the film END_OF_DOCUMENT_TOKEN_TO_BE_REPLACED

END_OF_DOCUMENT_TOKEN_TO_BE_REPLACED
Social media
and networks
Subscribe to our
newsletter