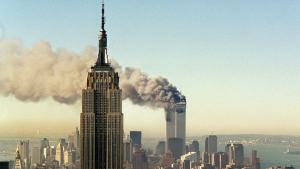 "The Clash of Civilisations"

Where Huntington Got It Wrong

The Clash of Civilisations would bring about a division between East and West. Or so went the thesis put forward twenty years ago by the American political scientist Samuel P. Huntington. His essay was to become a classic – but it would also be abused to stir up hatred against Muslims. It is obvious today that the world is in an even bigger mess than Huntington could ever have realised. A commentary from Nicolas Richter END_OF_DOCUMENT_TOKEN_TO_BE_REPLACED

Elif Shafak: There Is No Clash of CivilizationsOn the Death of Samuel Huntington: A Portentous Buzzword"Manual for the Clash of Civilisations": Islam Challenges Our Ability to Make Distinctions

END_OF_DOCUMENT_TOKEN_TO_BE_REPLACED
Social media
and networks
Subscribe to our
newsletter