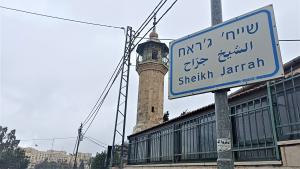 Sheikh Jarrah at a crossroads

A surprise ruling by Israel’s Supreme Court earlier this month produced a rare sigh of relief from Palestinians in Sheikh Jarrah, but the struggle isn’t over. Reporting from Jerusalem, Noam Yatsiv describes the implications of the recent ruling and where things could go from here END_OF_DOCUMENT_TOKEN_TO_BE_REPLACED 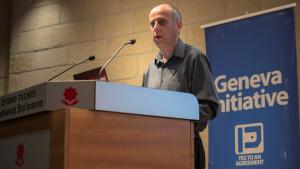 The two-state solution – what future?

A two-state solution to the Israeli-Palestinian conflict has practically disappeared from the international agenda. Israel’s unity government has decided against negotiations and Palestinian politics are stuck in deep stagnation. Yet some are working tirelessly to change that. Noam Yatsiv talks to Gadi Baltiansky of the Geneva Initiative END_OF_DOCUMENT_TOKEN_TO_BE_REPLACED

Haifa is known for being Israel’s exemplary model of relative harmony between Jewish and Palestinian citizens. Its unique "Holiday of Holidays" is a joyous, multicultural event that has become a major player in domestic tourism. After a two-year break due to the pandemic, Noam Yatsiv writes from this year's festival END_OF_DOCUMENT_TOKEN_TO_BE_REPLACED

May 2021 saw a deadly flare-up in Israel-Hamas hostilities, with eruptions of extreme violence in several of Israel's 'mixed' cities. Two weeks later, a broad-spectrum governing coalition – the first to include an independent Arab Israeli party – was formed. Noam Yatsiv reflects on this year's rollercoaster of events with Thabet Abu-Rass, co-director of NGO Abraham Initiatives END_OF_DOCUMENT_TOKEN_TO_BE_REPLACED

Interview with Arab Israeli MP Essawi Frej: "Israel is my country, the Palestinians are my people"Interview with Israeli philosopher Omri Boehm: The Haifa Republic – full equality for Middle East peaceEscalation in the Middle East: Israeli-Hamas hostilities: same old story, or is it?Israeli-Palestinian dialogue: Israel, Palestine – and nuance as the moral imperative

As someone accustomed to presenting his country to interested outsiders, Israeli teacher and tour guide Noam Yatsiv makes the case for a more nuanced appreciation of the historical circumstances in Israel/Palestine, deeming it a "moral obligation" of European observers END_OF_DOCUMENT_TOKEN_TO_BE_REPLACED

END_OF_DOCUMENT_TOKEN_TO_BE_REPLACED
Social media
and networks
Subscribe to our
newsletter