Report from a disintegrating world: the early Islamic buildings of Sanaa are suffering from the effects of climate change and war. This world heritage site could be lost forever. By Paul-Anton Kruger END_OF_DOCUMENT_TOKEN_TO_BE_REPLACED 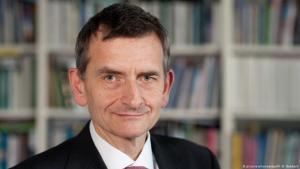 Political scientist Volker Perthes on the American strategy in the nuclear row with Iran, the prospects for a regime change and the question of whether Europe can still salvage the deal. Interview by Paul-Anton Kruger END_OF_DOCUMENT_TOKEN_TO_BE_REPLACED 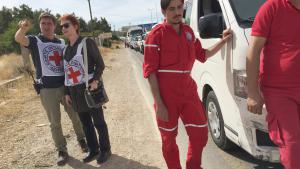 Assad is starving his own people – with impunity

The Syrian dictator is systematically committing war crimes. Nowhere is the failure of the international community so evident. Commentary by Paul-Anton Kruger END_OF_DOCUMENT_TOKEN_TO_BE_REPLACED

IS: the winners and the losers: The time is ripe for Bashar and his croniesWestern involvement in Syria: Fewer bombs, not more!Chronicle of a war foretold: Redefining the "Syrian" conflict 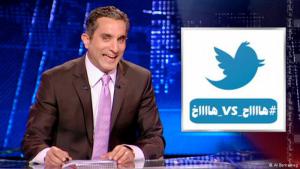 All the world's a stage for Egyptian satire star

Half the country was glued to the screen whenever Egypt's political satirist Bassem Youssef was on TV. But in May of last year he cancelled his show – out of fear for his family's safety. Now he'll be performing to a huge international audience, presenting the International Emmy Awards. By Paul-Anton Kruger END_OF_DOCUMENT_TOKEN_TO_BE_REPLACED

END_OF_DOCUMENT_TOKEN_TO_BE_REPLACED
Social media
and networks
Subscribe to our
newsletter