Under the tutelage of Pakistan's military, the Taliban brought peace to Afghanistan the last time it ruled the country. But it was the peace of the graveyard, which it could establish once again – this time with the support of the United States. India is watching developments closely. By Shashi Tharoor END_OF_DOCUMENT_TOKEN_TO_BE_REPLACED 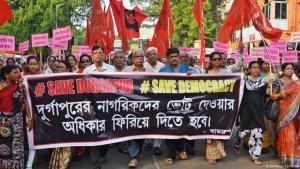 As Indiaʹs general election continues, there has been little progress in stopping "fake news", arresting its perpetrators, or limiting its spread. Thatʹs because the ruling Bharatiya Janata Party is responsible for disseminating much of it. By Shashi Tharoor END_OF_DOCUMENT_TOKEN_TO_BE_REPLACED

Freedom of speech under threat in India: An army of Hindutva trollsIndia and Turkey: The Modi-Erdogan parallel The BJP’s grand plan: Is ethnic cleansing coming to India? 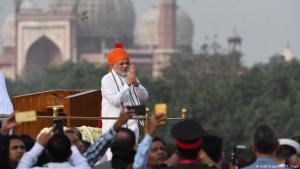 Since Prime Minister Narendra Modi came to power, Indiaʹs approach to relations with Pakistan has been inconsistent and episodic, typified in the tensions at the recent UN General Assembly. Modiʹs government has no cohesive policy framework for dealing with Pakistan, much less a compelling vision for lasting peace. By Shashi Tharoor END_OF_DOCUMENT_TOKEN_TO_BE_REPLACED

Interview with novelist and activist Arundhati Roy: "We're up against a fascist regime in India"The BJP’s grand plan: Is ethnic cleansing coming to India? Parliamentary elections in Pakistan: Who will prevail?

Some four million people in Assam state, nearly all of them Bengali Muslims who have lived in India for more than four decades, are at risk of disenfranchisement after being excluded from the National Registry of Citizens. That may help Modi's Hindu nationalist BJP in the next election, but it won't do anything for peace, writes Shashi Tharoor END_OF_DOCUMENT_TOKEN_TO_BE_REPLACED 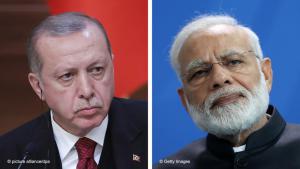 While Indian Prime Minister Narendra Modi has not achieved the degree of "state capture" that Turkish President Recep Tayyip Erdogan has, he is also 11 years behind. The path the two leaders are on, however, is similar enough to invite comparison – and provoke concern. By Shashi Tharoor END_OF_DOCUMENT_TOKEN_TO_BE_REPLACED

The achievements of Erdogan: With me or against meFreedom of speech under threat in India: An army of Hindutva trollsErdogan and Turkish foreign policy: Neo-Ottoman rumblingsHindus and Muslims in India: Why census data is a priority political issue
Social media
and networks
Subscribe to our
newsletter