Nine victims of the right-wing extremist murderer of Hanau had a migration background. The motive for the crime is clear and unambiguous: racism. Sheila Mysorekar from the "Neue deutsche Medienmacher*innen" comments END_OF_DOCUMENT_TOKEN_TO_BE_REPLACED

Racist attack on Hanau: Not the only Nazi ideologue...Right-wing extremism: Halle, Christchurch… a network of "lone wolves"Islamophobia: Criticism of religion? Blatant racism! 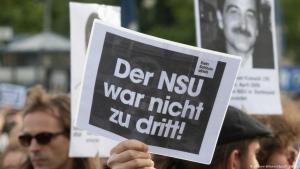 The shredding of Germanyʹs democracy

For those of us with a migrant background, the recent NSU trial verdict does not put the matter to rest. We are still left fearing for our lives in this country, says Sheila Mysorekar in her commentary END_OF_DOCUMENT_TOKEN_TO_BE_REPLACED 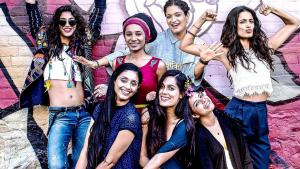 You don′t expect a film about seven young women getting together for a hen-party the night before a wedding to turn out to be a moving political statement concerning equal rights and sexual freedom. But the Indian film ″Angry Indian Goddesses″ is exactly that: a hilarious and entertaining story about seven girls and, at the same time, a bold and loud outcry against sexual harassment and rape – still all too common in India. By Sheila Mysorekar END_OF_DOCUMENT_TOKEN_TO_BE_REPLACED 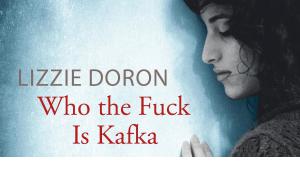 Lizzie Doron′s book ″Who the fuck is Kafka?″

″Only as enemies did we become friends”

Some friendships are simply not meant to be. When Israelis and Palestinians meet, political issues usually sabotage any kind of interest they may feel in the other. In Lizzie Doron′s recent novel ″Who the Fuck is Kafka″, the unlikely friendship of an Israeli writer and a Palestinian photo journalist captivates the reader. Sheila Mysorekar read the book END_OF_DOCUMENT_TOKEN_TO_BE_REPLACED

Interview with the Jewish author Judith Katzir: Friendship across the divideAssaf Gavron's novel "The Hilltop": Message of political reconciliationInterview with Amos Oz: ''I love Israel even in times when I don't like it'' 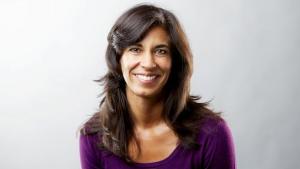 The trial of an alleged member of the neo-Nazi terrorist group NSU at a regional court in Munich is not just any trial. It will provide a signal for the ethnic minorities in Germany, says Sheila Mysorekar, as to whether they feel they will have a secure future in the country END_OF_DOCUMENT_TOKEN_TO_BE_REPLACED

Interview with Kenan Kolat: ''We Need an Open Debate about Institutional Racism''Right-wing Extremism and Islamophobia in Germany: Sending out a Political SignalRadical Critics of Islam and Islamophobia: Denying the Individuality of Minority Members 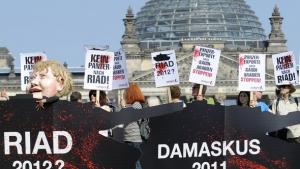 The Middle East and North Africa region is the most militarised world region. It spends five percent of gross domestic product on arms on average. The global average is only two percent. In regard to military procurement, the revolutions have not made a difference. By Sheila Mysorekar END_OF_DOCUMENT_TOKEN_TO_BE_REPLACED

Interview with the AI Secretary-General of AI Germany: Some People Have a Blockade in their HeadsLibya's Unchecked Weapons Trade: "Gaddafi's Gangster Mentality Lives On"Syria, Libya and the 'Responsibility to Protect': ''Don't Look Away"

END_OF_DOCUMENT_TOKEN_TO_BE_REPLACED
Social media
and networks
Subscribe to our
newsletter