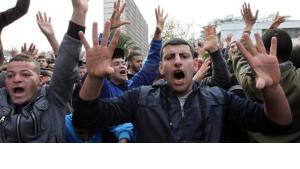 Algeria and the Arab Spring

Opting for the Status Quo Rather than Experimentation

﻿In spite of strikes and protest campaigns, until now there have been no uprisings in Algeria comparable to those in other Arab states. The fact that a large percentage of the population consists of young people who are unhappy with the government is still not an adequate prerequisite for mass protest, writes Sigrid Faath in her analysis END_OF_DOCUMENT_TOKEN_TO_BE_REPLACED

Boualem Sansal: What the Tragedy in Algeria Has Taught UsPolitics and the Economy in Algeria: Feeding off the Rentier EconomyQantara Dossier: The Arab Spring 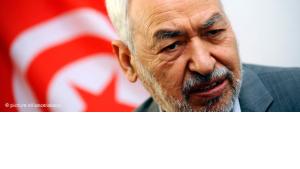 ﻿Tunisia's Islamist Renaissance Party is now the strongest force in the constituent assembly. Many have been surprised by the fact that no secular party was able to garner nearly as many seats, and "Ennahda's" victory has alarmed those who espouse a liberal Tunisia. An analysis by Sigrid Faath END_OF_DOCUMENT_TOKEN_TO_BE_REPLACED

Ziad Majed the Arab Spring: ''The Term Islamist Doesn't Mean Anything Anymore''Tunisia's First Free Elections: ''Everybody Wants To Do Their Own Thing''

END_OF_DOCUMENT_TOKEN_TO_BE_REPLACED
Social media
and networks
Subscribe to our
newsletter