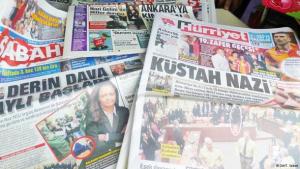 Turkey's Media and the NSU Trial in Germany

Comparisons with the Situation at Home

Turkish media closely watched the opening of the NSU trial in Munich on Monday. Newspapers describe the feelings of the victims' families and the main defendant's attitude in court. Thomas Seibert reports from Istanbul END_OF_DOCUMENT_TOKEN_TO_BE_REPLACED

NSU Trial in Munich: A Thoroughgoing Investigation and JusticeNSU Trial against Right-wing Terrorism in Germany: Building up New TrustIslam in Germany: ''We Need an Open Debate about Institutional Racism'' 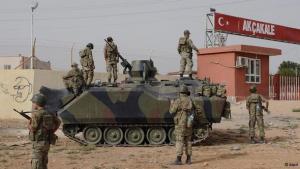 The Syrian conflict is exposing the limitations of aspiring regional power Turkey, as the West repeatedly urges leaders in Ankara to exercise military restraint. Turkish public opinion is also putting the brakes on a possible intervention in neighbouring Syria. By Thomas Seibert END_OF_DOCUMENT_TOKEN_TO_BE_REPLACED

Turkey's Foreign Policy: From Regional to Global PlayerReaction in Turkey to AKP's Policy on Syria: Divided Society, Polarised PoliticsCrisis between Turkey and Syria: The Battleground Expands 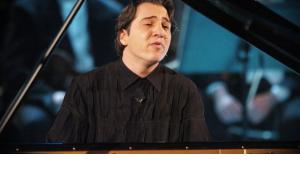 Up in Court for Insulting Islam

﻿Last week, the court case against the celebrated Turkish pianist and composer Fazil Say began in Istanbul. Say faces charges of spreading anti-Islamic comments via Twitter. Supporters and critics alike say that the case highlights Turkey's shortcomings in terms of freedom of expression. Thomas Seibert has the details END_OF_DOCUMENT_TOKEN_TO_BE_REPLACED 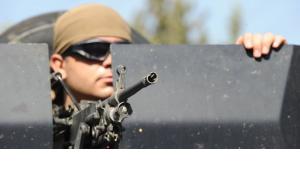 Crisis between Turkey and Syria

﻿Despite the shelling by Syria of the Turkish border village of Akcakale, Ankara is avoiding any direct military intervention in Syria without Western or Arab backing. The government has decided instead to work towards setting up safe zones for the opposition on Syrian territory, in an attempt to further destabilise the regime in Damascus. By Thomas Seibert in Istanbul END_OF_DOCUMENT_TOKEN_TO_BE_REPLACED

Javier Solana on Finding a Solution to the Syrian Conflict: Towards a Syria ConsensusInterview with Mustafa el-Labbad: ''Turkey Regards the Assad Regime as Finished''Alliance between the PKK and the Assad Regime: A Political Sect on the Wrong Track 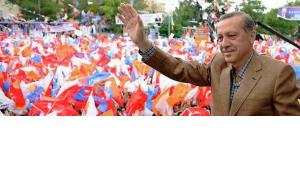 In Awe of Erdogan

﻿Prime Minister Erdogan can look forward to the parliamentary elections on 12 June with composure: his Islamic AKP currently has between 45 and 50 percent support in the polls. The opposition appears uninspired and politically beleaguered. Details from Thomas Seibert in Istanbul END_OF_DOCUMENT_TOKEN_TO_BE_REPLACED

Erdogan: The Man from the Planet AnkaraThe Turkish AKP as Role Model for the Arab World? No Counterpart

END_OF_DOCUMENT_TOKEN_TO_BE_REPLACED
Social media
and networks
Subscribe to our
newsletter