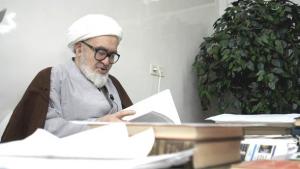 The Search for Montazeri's Heirs

Three years since the death of the Shiite dissident, Grand Ayatollah Montazeri, there is still no one in Iran who can assume his role as the spiritual authority of the reform movement. Many critical clerics have been silenced since the crushing of protests in 2009. Yet, there is increasing support for efforts to reform Islamic law in the country. By Urs Sartowicz END_OF_DOCUMENT_TOKEN_TO_BE_REPLACED

On the Death of Hossein Ali Montazeri: From Revolutionary to ReformerGrand Ayatollah Montazeri: ''The System Has No Religious Merit''Iranian Reformist Thinkers in Exile: More Freedom, Less Impact?

END_OF_DOCUMENT_TOKEN_TO_BE_REPLACED
Social media
and networks
Subscribe to our
newsletter