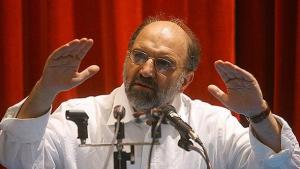 ﻿Iran has forced intellectuals and clerics like Abdulkarim Soroush and Mohsen Kadivar into exile. These men once drove the debate about a reform of the political system and religion in Iran. They have found refuge in the West, where they can work, speak, and conduct research more freely. But what influence – if any – do they still have in Iran? By Urs Sartowitz END_OF_DOCUMENT_TOKEN_TO_BE_REPLACED

Interview with Ali Granmayeh about Iran and the ''Arabellions'': Yearning for Lost FreedomsIranian Journalists under Pressure: Arrest or ExileIran's Green Movement Two Years after the Protests: Simmering beneath the SurfaceIran: The Reform of the Conservatives

END_OF_DOCUMENT_TOKEN_TO_BE_REPLACED
Social media
and networks
Subscribe to our
newsletter