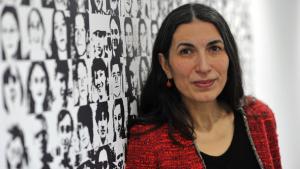 Interview with the New Secretary-General of AI Germany

''Some People Have a Blockade in their Heads''

Arms exports, support for foreign projects that do not meet human rights standards, too much red tape when it comes to Syrian refugees and police brutality in Munich: Selmin Çalışkan, the new Secretary-General of Amnesty International in Germany, is volleying some harsh criticism at the German federal government. An interview by Victoria Großmann and Oliver Das Gupta END_OF_DOCUMENT_TOKEN_TO_BE_REPLACED

END_OF_DOCUMENT_TOKEN_TO_BE_REPLACED
Social media
and networks
Subscribe to our
newsletter