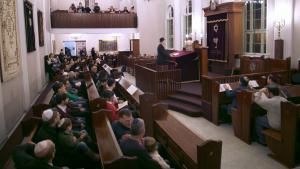 In the wake of a protest against Israel's war in Gaza last year, Israel's ambassador to Germany claimed that Jews are being hunted again in Germany "like it's 1938". In this article, William Noah Glucroft, a Jew living in Berlin, considers this statement and what people mean when they talk about anti-Semitism END_OF_DOCUMENT_TOKEN_TO_BE_REPLACED

Website of the Salaam-Shalom initiative (mostly German)The Salaam-Shalom Initiative: Breaking down artificial wallsResistance to Pegida: "Intolerance must not be tolerated"Muslims in Germany: Blocked integration

END_OF_DOCUMENT_TOKEN_TO_BE_REPLACED
Social media
and networks
Subscribe to our
newsletter