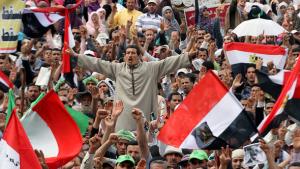 Egypt after the Election of Mohammed Mursi

﻿The revolutionaries in Egypt are strong and have achieved much over the past 18 months. They are, however, politically disorganized. In this opinion piece, Ziyad al-Alimi says that because Egyptians are looking for an alternative not only to the Mubarak regime but also to the Muslim Brotherhood, it would be best for the revolutionaries to take a third path between the two major blocs END_OF_DOCUMENT_TOKEN_TO_BE_REPLACED

Egypt's Future following the Election of Mohammed Mursi: Have No Fear, Democracy is Here!Egypt's Democratic Perspectives: A Shroud for the Revolution?The Muslim Brotherhood's Morsi Egypt's New President: Damned to Cooperation 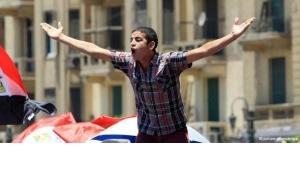 Have No Fear, Democracy is Here!

In this essay, leading Egyptian youth activist Ziyad al-Alimi argues that millions of Egyptians only voted for Mohammed Mursi to prevent a return to the Mubarak system. He says that instead of viewing it as a setback, the election result should be seen as marking the start of a democratic breakthrough END_OF_DOCUMENT_TOKEN_TO_BE_REPLACED

Egypt's Democratic Perspectives: A Shroud for the Revolution?Ahmed Maher: ''A victory for Ahmed Shafik would be the end of the revolution''Interview with George Ishak: ''We Need a New Revolution''

END_OF_DOCUMENT_TOKEN_TO_BE_REPLACED
Social media
and networks
Subscribe to our
newsletter