For a Positive and Multi-faceted Image

After searching in vain for a magazine that appeals to the interests of female immigrants, Sineb El Masrar decided to found her own women's magazine. "Gazelle" is Germany's first multicultural women's magazine. Naima El Moussaoui introduces the new publication

After searching in vain for a magazine that appeals to the interests of female immigrants, Sineb El Masrar decided to found her own women's magazine. "Gazelle" is Germany's first multicultural women's magazine. Naima El Moussaoui introduces the new publication 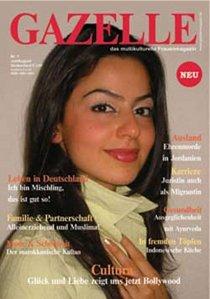 Women of today: delicate, but tenacious

​​ Rapidly. Without stopping for breath. That's how Sineb El Masrar talks, her hands in constant motion. "Gazelle is just an animal name in German, but in the Orient it's a woman's name, a term of endearment, and an animal that is able to survive on the steppe despite its delicate build", she explains. "That can also be said of the woman of today."

Smiling out at us from the cover of Gazelle is an Iranian woman, or a German-Nigerian, or at other times a woman of Turkish origin. And sometimes we see a group of women from a diverse array of cultures: blondes, brunettes and headscarf-wearers, with European, Asian and African roots.

These are the many faces of "Gazelle", the multicultural women's magazine that Sineb El Masrar founded two years ago. At the time, she was 24 years old and decided "to take things into my own hands". She had brooded over the idea for a long time, speaking with many women who were, like her, dissatisfied with the conventional women's periodicals. "In particular women with an immigration background were tired of being subjected to constant clichés", says El Masrar.

A magazine that's a mouthpiece for all women

"Gazelle reflects the life circumstances of all women living in Germany, including immigrants. The lives these women lead simply do not exist in conventional women's magazines", comments El Masrar. The only topics taken up by the media are ones like honour killings and arranged marriages, which then shape how society views female immigrants. "I would like to counter this with a different image of these women, one that's positive and multifaceted. Gazelle wants to dispel prejudices about female immigrants and to be a magazine with which they can identify."

Nevertheless, the magazine addresses both women with German roots and those with an immigration background. Gazelle is designed to make a contribution to intercultural dialogue, to create more tolerance between the cultures and to show that women of all backgrounds have more in common than one might think. 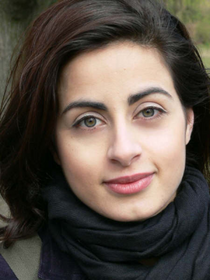 ​​ "The German majority society has for the most part no contact with female immigrants. What's more, the media communicate a very one-sided picture of these women, of people like me", explains El Masrar.

"We want to decide for ourselves what we want to talk about and, above all, we want to have a say in selecting content. If we immigrants don't want to see only bad things being said and written about us, then we have to participate in the debate and ourselves reflect on our actions."

The alternative to mainstream

Gazelle speaks up. In sections such as "Life in Germany", "In foreign pots" and "Cultura", the magazine lends minorities a voice and provides readers with insights into the diverse lifestyles of people living in Germany. The authors try to make "foreign" things seem more at home by reporting on the everyday lives of immigrant women.

At the same time, plenty of space is devoted to classic women's magazine themes: these are treated in the sections "Health", "Family and partnership" and "Fashion and beauty". Gazelle takes an authentic look at these subjects as well. "The journal is based on real-life women. These are women our readers can identify with. That's our concept", says El Masrar (both publisher and editor), thus distinguishing her magazine from the world of appearances propagated by the many glossies.

El Masrar's parents come from Morocco. Her father, an auto mechanic, moved to Germany in the mid-1960s and brought his wife there in the late 1970s. El Masrar grew up an only child in a small town near Hanover. She dropped out of school after 10th grade, "to become self-employed". 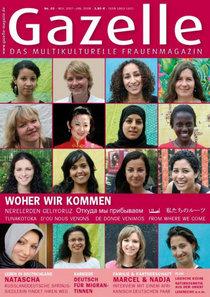 ​​ After doing courses in business and social work, she worked as a teacher at a school for the hearing impaired in Bochum and then at a Catholic primary school in Düsseldorf. In her free time she wrote articles for an online magazine and worked on a screenplay. When her employment contract expired in 2006, she decided to realise her dream: she founded the "Tingis-Verlag" publishing house and developed Gazelle magazine. The project was financed out of her own savings, along with money borrowed from her parents.

She searched internet forums to put together a multicultural editorial team. "Gazelle can only be authentic if the authors are themselves multicultural", according to El Masrar: Iranian-German, Serbian-Moroccan, German-Nigerian, Turkish-German, Afghan, Albanian, Polish, German; atheist, Catholic, Muslim; women as well as men. The team reflects all the diversity of Germany. They work on a volunteer basis. There is no editorial headquarters; the staff are dispersed throughout Germany, communicating by email and phone.

The magazine is now financed through advertising and sales. Four issues of Gazelle have been published to date. The road there has been arduous and difficult, the publisher says, and it still is due to the financial hurdles involved.

Which space on the shelf?

But Gazelle magazine continues to grow and develop. "We want to get better and better, and more professional. We're steadily working on it", says El Masrar. "Our readers, women and men – and we actually have many male readers – would like to see a fresh, modern layout, not dry articles on integration and immigration, and would like us to demonstrate the courage to break with taboos."

The magazine's unconventional viewpoint pleases readers: "In January I cancelled my subscription to a major women's magazine because I could no longer stand the topics I was subjected to there every two weeks. Now I subscribe to Gazelle and learn about people's real problems, joys and sorrows", writes a German reader in a letter to the editor.

This article was written as part of the project "Meeting the Other", conducted jointly with the online magazine Babelmed.net for the European Year of Intercultural Dialogue. More information on this project can be found here...

Interview with Hülya Kandemir
"God Is the Greatest Artist"
The German-born Hülya Kandemir was a successful singer and songwriter, collaborating with major stars. Then she found Islam and wrote her autobiography "Himmelstochter" ("Daughter of Heaven"). Now she is experiencing a comeback. Nimet Seker spoke with her about art and music in Islam

Nine victims of the right-wing extremist murderer of Hanau had a migration background. The motive for the crime is clear and unambiguous: racism. Sheila Mysorekar from the "Neue ... END_OF_DOCUMENT_TOKEN_TO_BE_REPLACED

There's not much to see yet, but it's clear that Cologne will be home to a new museum dedicated to migration. The government will provide funding to see the Central Museum of ... END_OF_DOCUMENT_TOKEN_TO_BE_REPLACED 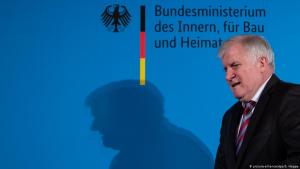 The German term 'Heimat', of which the English equivalent 'home' is merely a pale imitation, has much to do with demarcation, with "us" and "them". At the Literaturk Festival in ... END_OF_DOCUMENT_TOKEN_TO_BE_REPLACED 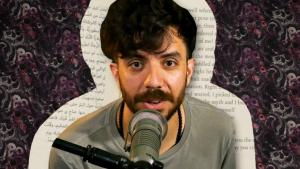 The renowned Iranian-American poet Kaveh Akbar writes in his poems about origin, religion – especially Islam, spirituality, the American dream and much more. Interview by Schayan ... END_OF_DOCUMENT_TOKEN_TO_BE_REPLACED 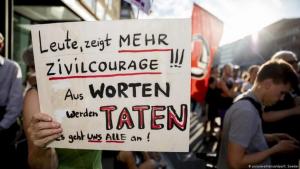 Attacks on people perceived as different – such as Jews or Muslims – are on the rise in Germany. Enough is enough. We need more than declarations of solidarity, write Jewish rabbi ... END_OF_DOCUMENT_TOKEN_TO_BE_REPLACED

Comments for this article: For a Positive and Multi-faceted Image

Being a European who has dated many third generation Turkish German women, and has been to Turkey and Germany and listening to many Turkish women who live in Germany and Turkey about the negative views about their culture from the mental and physical abuse they suffer to be German Turkish in this day of age. I am pleased to hear that a magazine called Gazelle highlights the positive people in the German Turkish community, there needs to be more positive articles about the young third generation Turkish German men and women. I hope this trend of magazines such as Gazelle will spread across Germany and the rest of the Middle East, because without positive magazines such as Gazelle can the German Turkish population have a positive voice, instead of having stereotypical viewpoint from listening to family honor killings and Turkish German's living on welfare for years to come.

END_OF_DOCUMENT_TOKEN_TO_BE_REPLACED
Social media
and networks
Subscribe to our
newsletter