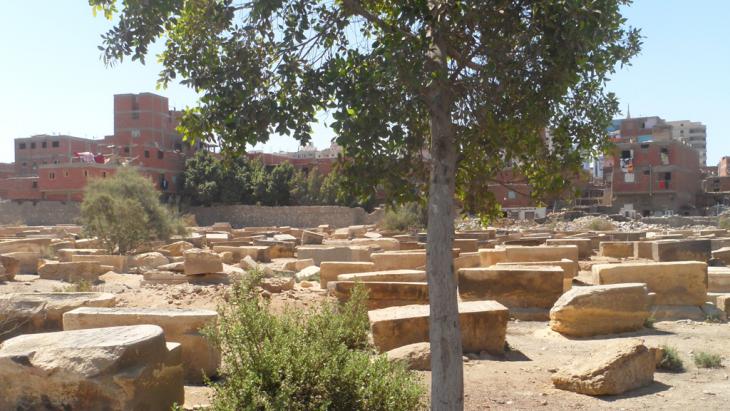 Book review: Kamal Ruhayyim's "Diary of a Muslim Jew"
An engaging take on a complex theme

In the first half of the twentieth century, about 75,000 Jews lived in Egypt. With the 1948 Arab–Israeli war, their lives in Egypt became increasingly difficult and many emigrated to Europe. Kamal Ruhayyim believes that Jewish Egyptians were an important part of the Egyptian community and wrote a book to keep their memory alive. Marcia Lynx Qualey read the English translation of the first book in Ruhayyim's trilogy "Diary of a Muslim Jew"

For decades, Arab Jews were absent from Arabic films and novels. In the rare places where they did appear, they didn't exist as part of the fabric of Arab communities, but as a means to talk about Palestine and Israel.

Then, beginning about a decade ago, films and novels that foregrounded ordinary Arab Jews began to appear, set in Syria, Tunisia, Yemen, Libya, Egypt, Iraq and Algeria. Among these were Syrian novelist Ibrahim al-Jubain's "Diary of a Damascus Jew" (2007), Iraqi novelist Ali Bader's "The Tobacco Keeper" (2008), and Ali al-Muqri's "The Handsome Jew" (2009). The latter two were widely discussed and also longlisted for the International Prize for Arabic Fiction.

So why did Ruhayyim, who has worked as a policeman in Cairo and Paris, decide to bring Arab Jews back into Arabic narrative arts? Like other authors who have recently written novels featuring Arab Jews, Ruhayyim is not descended from Jewish parents or grandparents. But Ruhayyim's son Ahmed said that his father has long believed that Jewish Egyptians formed an important part of the Egyptian community, and "he wanted to write a book so the Egyptians remember them and keep their memory immortal". 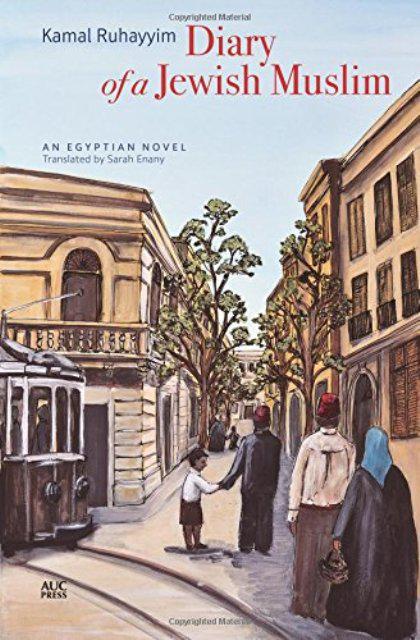 "The book's charm is not in its language, nor in any structural intricacies, but in its willingness to engage complex, interesting Jewish characters for themselves and not for how they shed light on contemporary politics," writes Marcia Lynx Qualey

The first novel in Ruhayyim's trilogy, "Diary of a Muslim Jew", met with both acclaim and readerly interest. It won a State Encouragement Prize in 2005 and was republished in 2009 after the second novel in the trilogy was released.

The books follow the life of Galal, the "Muslim Jew", so called because of his dual religious life. His father's family is Muslim, while his mother's is Jewish. Charmingly, the first book opens from the point of view of infant Galal, who is given a six-month-old's body and an adult's narrative voice.

Galal is born in the middle of the twentieth century, when the situation for Egyptian Jews is becoming less and less tenable, a moment also sketched out in Waguih Ghali's seminal 1964 novel, "Beer in the Snooker Club". Galal's Muslim father dies in the Suez War of 1956 without ever meeting his son. At this point, the two halves of Galal's family don't yet know each other, and it is a month before Galal's mother hears that her beloved husband is dead.

Although the opening is pegged to a historical moment, the story barely engages with official history. Instead, it focuses on the characters' interior lives, most particularly the conflicts that arise between Galal and his mother.

No tolerance for imposed conversion

As Galal grows, he is raised by his mother and her parents. Even though he admires his grandfather, he never seriously considers embracing Judaism. Indeed, there is a lot of emphasis on the spiritual appeal of Islam, even when Galal is a very young boy. Even a youthful toying with Jewish thought seems to be a line the book is unwilling to cross.

Yet the narrative also has little tolerance for the attempt to convert Jews to Islam. When Galal, at the age of eighteen, takes it into his head to persuade his mother to convert, the results are slapstick: the sheikh of the local zawya, Salamoni Abu Gamous, is a grave robber, a con artist, and a bully who insists the job will be "easy". Before they even get to the apartment, Salamoni tries to squeeze as much money from young Galal as possible.

By the time they approach the building, Galal realises this boor isn't going to help anything, but he doesn't know how to stop what he's put in motion. When they reach the family door, Galal and Salamoni are almost trading blows, and all the neighbours come out to watch as Salamoni announces that he's come to "do what must be done to save this godless woman here".

Galal's mother is furious: "You, a sheikh? You're nothing but a manky old boot!" It takes their neighbour Hagg Mahmoud to avert a crisis. As with all the sympathetic characters in the novel, he is open to his Jewish neighbours, and lectures Galal on how his mother is one of the "People of the Book".

Although the scene ends as a moral tale, it's not only that; a rift has opened up between Galal and his mother. They find a way to talk again, but have a growing number of differences. Galal's mother is more open than Gamal about sexuality and relationships, but close-minded about people she considers "peasants".

The stigma associated with being the son of a Jewish woman also doesn't help their relationship. It's not just the taunts in school; Galal can't marry the neighbour girl he adores.

The rift grows as Galal's mother, Camellia, wants him to approach his father's family for money and permission to move to Paris. "Diary of a Muslim Jew" spends only a short time in Paris with Galal's Jewish relatives. But in Paris, the chasm between Galal and his family grows deeper, and he attempts to return to Egypt—only to find himself unable to take the final steps onto the plane.

The book's charm is not in its language, nor in any structural intricacies, but in its willingness to engage complex, interesting Jewish characters for themselves and not for how they shed light on contemporary politics. Perhaps it's now "safe" to write about Egyptian Jews, since they are largely gone from the country. In any case, the overall portrait is warm and engaging, as well as fun to read.

A German translation of Ruhayyim's work is also in progress, although, according to Ruhayyim's son, it has been postponed because of the publisher's financial difficulties.

Alaa Abd el-Fattah, arguably Egypt’s most prominent democracy activist, has just been handed another lengthy prison sentence. Despite this, a book of his writing has recently been ... END_OF_DOCUMENT_TOKEN_TO_BE_REPLACED

People in Arab countries have been talking more openly about sex and sexuality for some time now, especially on social media. And for the first time ever, they have the vocabulary ... END_OF_DOCUMENT_TOKEN_TO_BE_REPLACED

A prominent rights group in Egypt, the Arabic Network for Human Rights, is ending operations just as the country braces for a controversial NGO law. Is this the beginning of the ... END_OF_DOCUMENT_TOKEN_TO_BE_REPLACED

Moncef Marzouki was Tunisia's first democratically elected president after the fall of dictator Ben Ali. Today he is the most prominent critic of increasingly counter- ... END_OF_DOCUMENT_TOKEN_TO_BE_REPLACED

Asef Bayat, professor of Sociology at the University of Illinois, Urbana-Champaign, has been studying revolutions and how they affect people since 1979. In his recent book, " ... END_OF_DOCUMENT_TOKEN_TO_BE_REPLACED

Every year in December, the team at Qantara.de takes a look back at the articles that proved most popular with our readers. This year is no different. Here is a run-down of the ... END_OF_DOCUMENT_TOKEN_TO_BE_REPLACED

Comments for this article: An engaging take on a complex theme

It has taken 66 years for the Arab world realizes that there was real interaction between Muslims and Jews before 1035.

END_OF_DOCUMENT_TOKEN_TO_BE_REPLACED
Social media
and networks
Subscribe to our
newsletter