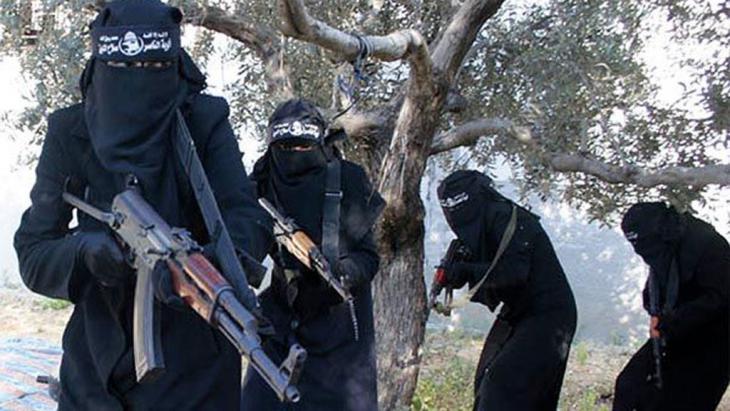 "Women of the Islamic State"

Prisoners of a barbaric system

Marriage at age nine is permitted, working is not; make-up is evil. A new treatise written by female supporters of IS sheds light on the image and role of women in the area controlled by Islamic State. By Prof Susanne Schroeter

Around 10 per cent of all foreigners who join the self-styled "Islamic State" are young women or girls. In the case of Germany, that would mean at least 60 female jihadis. What fate awaits them in Islamic State? Since mid-January, an Arabic treatise entitled "Women of the Islamic State" provides some clues.

The authors are members of the Al-Khanssaa Brigade, an all-female moral police unit that arrests women, for example, if their veils aren't positioned properly or if the material of their long black robes appears to be too thin.

The gender ideology of the treatise is largely similar to other statements emerging from the Salafist camp such as those in a small book entitled "Women under the protection of Islam", which was produced in Saudi Arabia and has been translated into German. In 2010, this book was banned in Germany because of its call to violence.

The key message in both texts is that men and women are not equal. They also focus on the resulting regulations for state and society. "Women under the protection of Islam" says the following: "God in His wisdom gave women sensitive emotions, gentle feelings, the ability to be caring and loving. This enables women to do their natural duty of bearing children, breastfeeding, and ensuring the wellbeing of small children …"

According to the Salafist way of thinking, this wealth of emotion also prevents women from thinking clearly and being able to make sensible decisions. For this reason, say the authors of both treatises, God gave men dominance over women. Both texts cite verse 4:34 of the Koran: "Men are in charge of women, because Allah hath made the one of them to excel the other." The Saudi text, however, cites the whole verse, which continues: "As for those women from whom you fear rebellion, admonish them, banish them to beds apart, and scourge them." 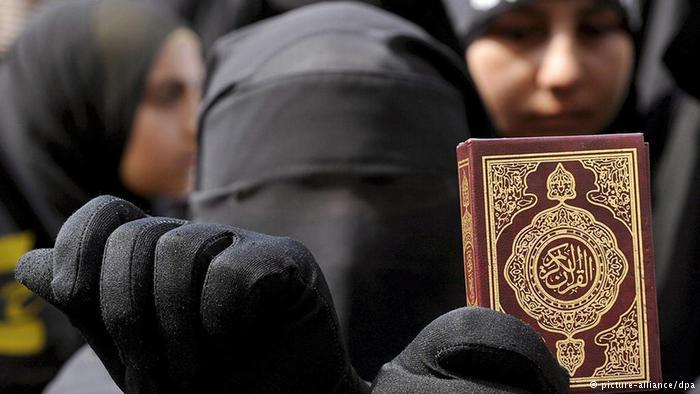 According to the Saudi book "Women under the protection of Islam", which was banned in Germany in 2010, "God in His wisdom gave women sensitive emotions, gentle feelings, the ability to be caring and loving. This enables women to do their natural duty of bearing children, breastfeeding, and ensuring the wellbeing of small children …"

Differences between the treatises

It is noteworthy that the text written by the women fails to mention not only the legitimation of violence, but also the restriction of women's rights in court, in inheritance law, or in respect to child custody or polygamy. The longer Saudi text, on the other hand, seeks to be more comprehensive. Here, the reason given for the system of male dominance is twofold: firstly the reference to supposed "nature" of both sexes and secondly, theological references, primarily the Koran and the Sunna.

Both texts contain passages that denounce "Western" emancipation, which is said to demasculinise men and burden women with "male" tasks that they are unable to manage. The Saudi text makes reference to supposed mental deficiencies. The IS text, on the other hand, focuses on the woman's weak physical constitution, referring in particular to menstruation and pregnancy. In some points, the IS manifesto goes further than the Saudi text, claiming that women are by nature sedentary: unlike men, they prefer to stay at home, which is why God instructed women to stay at home in the Koran.

Given this kind of logic, it is not surprising that women are banned from the workplace. In fact, the authors say that women should only be permitted to work outside the home for a few hours in exceptional cases, namely to teach or to practice medicine. When they do, the laws of Sharia must be strictly observed. Those who do not follow these laws could suffer a similar fate to that of the young dentist, Rou'aa Diab. She was accused of treating male patients, something that is a capital crime because of the rigid separation of the sexes under IS. Last August, Diab was arrested and executed.

"Women of the Islamic State" is a normative text. However, it provides hardly any insight into the actual day-to-day life of women. More information on how women in the Islamic State live can be gleaned from countless blogs, images, news and chats posted by young women on Facebook, Twitter and Tumblr. "We stay at home, cook, look after the children and take care of our husbands," writes one. "If your husband has the time and the inclination, he can accompany you to market or to the Internet café. If he permits it, you can go shopping with your sisters."

Others write that they have made pancakes; others share tips for cleaning their husbands' clothes with soap. None of this sounds particularly heroic, even if one somehow places the conventional fate of the housewife at the service of a higher cause. 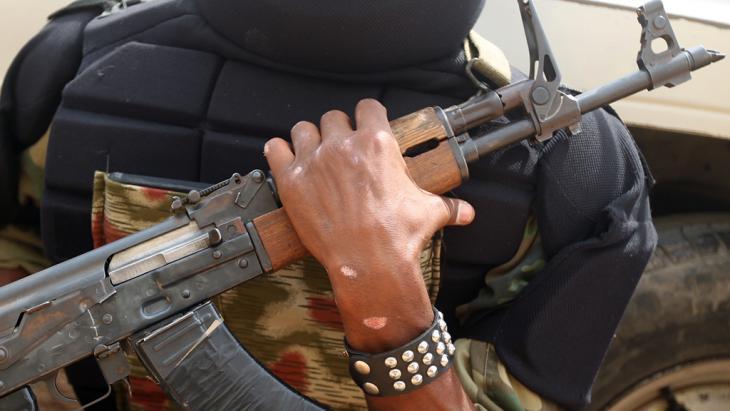 "Once they arrive in Syria, the women are subject to Islamic law. They lose their freedom to make decisions. Without the permission of a man and without a male relative's accompaniment, they are not allowed to leave the house or even make contact with their families via the Internet," writes Susanne Schroeter

Hoping for love and romance?

For this reason, many researchers believe it is the hope of finding love or romance that brings many young women to Syria. That's the promise conveyed by the many images of good-looking men leaning towards their completely veiled wives. One such image bears the caption: "In the land of jihad, I found you, my dearest mujahideen." The images are accentuated by kitschy love stories that suggest that the female jihadists in Syria find the husbands that Allah chose for them when he created the world.

Many female supporters of IS are more than "bedroom radicals," as some cynics call them. The long political and religious texts posted on the Internet by the women are proof of this. Many such texts show that the women in question have studied Islamic sources intensively. It's not surprising: many of the foreign women who join IS are highly educated. They also rival the men when it comes to their radicalism and brutality. Some celebrate the execution of hostages, approve of crucifixion, and call for attacks on western countries.

A former British medical student who now goes by the name of Mujahidah Bint Usama went particularly far. She posted a photo of herself in a nurse's uniform holding up a severed head in her left hand. The women of IS may have partly been attracted by romantic ideas of finding a soul mate, but like the male jihadists, they also see themselves as part of a grand movement that they expect will completely change the world.

But what happens if disappointment sets in, if the belief in the goals of IS dissipate, if these women tire of playing the role of housewife, if their husbands turn out not to be the man of their dreams, but brutal militia members? We don't know. Once they arrive in Syria, the women are subject to Islamic law. They lose their freedom to make decisions. Without the permission of a man and without a male relative's accompaniment, they are not allowed to leave the house or even make contact with their families via the Internet.

When the glamour of IS wears off, the women of IS are nothing more than prisoners of a barbaric system.

Prof. Susanne Schroeter is the head of the Frankfurt Research Center on Global Islam (FFGI), director of the Institute for Ethnology, principal investigator in the Cluster of Excellence "Formation of Normative Orders", director of the Cornelia Goethe Center for Women's and Gender Studies, and board member of the German Orient Institute.

Home
Print
Newsletter
More on this topic
Qantara dossier: Women in the Islamic WorldInterview with Gudrun Kramer: Muslims must take a critical look at controversial passages in the KoranInterview with Karen Armstrong: Islamist violence is "in part a product of Western disdain"
Related Topics
'Islamic State' | IS, Feminism in Islam, Jihad, Jihadism | Jihadists, Muslim women, Radicalisation, Salafis | Salafism, Women in the Islamic world
All Topics 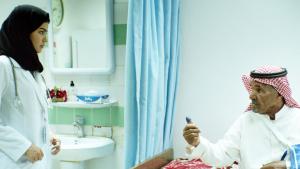 Going by the official numbers, Turkey is doing well, especially in comparison to other countries. But does this impression correspond to the reality? There are significant reasons ... END_OF_DOCUMENT_TOKEN_TO_BE_REPLACED

Violent clashes between parts of the Sudanese security forces and the ominous influence of external financiers of the paramilitary "Rapid Support Forces" (RSF) are endangering the ... END_OF_DOCUMENT_TOKEN_TO_BE_REPLACED

With borders closing and the opportunities for international travel shrinking by the hour, we take a look at coronavirus developments across the Middle East and the wider Muslim ... END_OF_DOCUMENT_TOKEN_TO_BE_REPLACED

As the global economy reels and everyday life grinds to a standstill, we take a look at the spread of coronavirus across the Middle East and the wider Muslim world – and the ... END_OF_DOCUMENT_TOKEN_TO_BE_REPLACED

These young girls have to pay price for their parents irrationality--the are the headless victims of Islam.

END_OF_DOCUMENT_TOKEN_TO_BE_REPLACED
Social media
and networks
Subscribe to our
newsletter