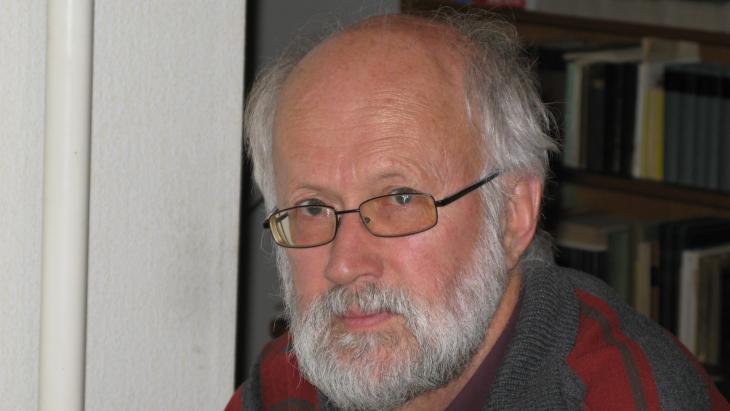 Dr Faehndrich, unrest and civil wars have focused public attention on the Arab world. Does such news affect the reception of Arabic literature in German-speaking countries? Does it make people curious to find out more about the other side of the Arab world?

Hartmut Faehndrich: There is no evidence of that. Arabic literature is still very much on the sidelines of the German-language book market. There is not much on offer, considering all that's out there. We're talking here about 20 different countries, all of which produce their own literature. The Arab Spring triggered rather odd reactions. I remember receiving calls from publishing houses about two months after the demonstrations started, asking me when the first novel about the Arab Spring would finally come out. 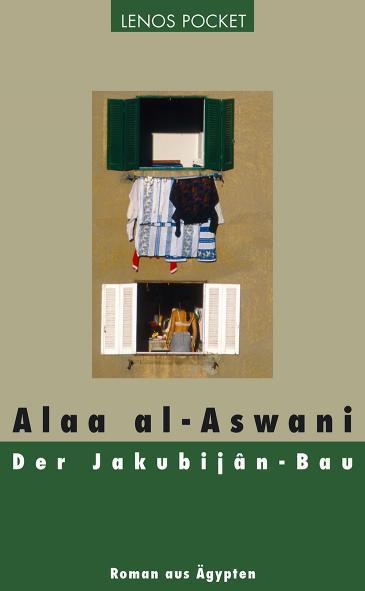 Hartmut Faehndrich has translated about 60 novels from Arabic into German, including the best-selling novel "The Yacoubian Building" by Alaa Al Aswany

Do you get the impression that Arab authors are seen more as political representatives of their respective countries than as writers?

Faehndrich: That is definitely the case. We already witnessed this phenomenon a few decades ago with regard to the entire non-European world. The authors were judged solely on the basis of the content and statements in their books and not according to aesthetic criteria.

That has changed for Latin American literature, but not for Arabic works. Authors from the Arab world always feel somewhat undervalued in the West. Instead of asking aesthetic questions, they are asked about the role of the opposition in their countries. I remember an event with a Moroccan author who, when asked about Moroccan domestic politics, turned the question around and asked whether journalists discuss literature with the Moroccan Minister of the Interior.

Could a better knowledge of Arab literature help to put the one-sided image that is shaped by coverage of political events into perspective?

Faehndrich: It can at least supplement that image. An Arab writer will have a different viewpoint on politics and the development of his country than a European journalist who has lived there for a few years, maybe can't even speak Arabic and reports whatever the press agencies tell him. Maybe people would not have been so surprised by the events in the Arab world if they had read more Arabic literature.

In retrospect, there are a lot of books that contained clues to what was coming. These are texts written over the last 50 years that dealt with the growing discontent as well as the rising feeling of revolt and rebellion. The best-known example is the novel "The Yacoubian Building" by the Egyptian writer Alaa Al Aswany, which is about the emergence of terrorism as a kind of opposition. In his novel "The Committee", Sonallah Ibrahim of Egypt also wrote a devastating critique of the Egyptian government's policy of opening or – as he put it – selling out. The book is available in German, but sales of it were miserable.

Many Arab authors bemoan the lack of support from Western writers, who do not seek a dialogue with their Arab colleagues ... 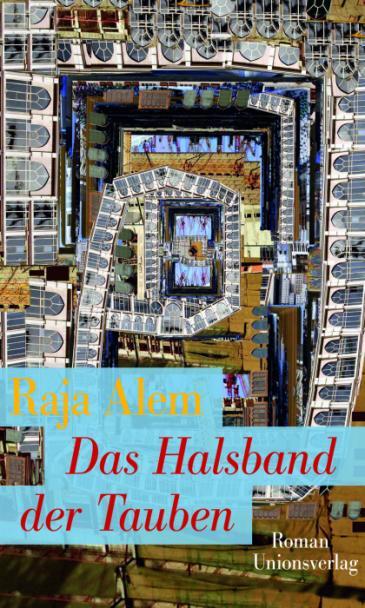 Faehndrich also translated Raja Alem's novel "The Dove's Necklace", which he says "does not match any of our clichés about the Orient but is instead an independent and unconventional novel about a city that is the pole of religious thinking for one and a half billion of the world's inhabitants"

What do you think of the range of works by Arab authors on the German book market?

Faehndrich: The German-speaking market has a preponderance of literature by Egyptian and Lebanese authors. Other countries, by contrast, are not represented at all. The Arabian Peninsula, for example, is totally under-represented. You can search in vain for Yemeni or Omani literature. Saudi literature is likewise virtually non-existent. Maghrebi literature is usually translated from the French only. There are only one or two works from Tunisia that have been translated from the original Arabic into German. The same goes for Algeria and Morocco. To my knowledge, nothing from Mauritania has been translated from Arabic. Iraq is represented by a few books; Libya by a single author.

You have just finished translating "The Dove's Necklace" by the Saudi Arabian woman writer Raja Alem, a novel that doesn't correspond at all to the clichés people tend to associate with Saudi Arabia. And it appears that people in this country are hardly taking notice of the book. Do you have the impression that readers have certain expectations of Arabic literature and ignore anything that doesn't fit the preconceived image?

Faehndrich: Here in the German-speaking world, Arabic literature is still looked upon as something in the vein of "The Thousand and One Nights". That work did indeed play an important role in literature. But at the same time, it imposes a cliché on the Orient.

The new translator of "The Thousand and One Nights" is receiving invitations from all over Germany. A bit of Oriental music is played, "fairy tales" are read, and the auditoriums are packed. If, on the other hand, I would like to hold a reading by a new writer from Syria or Libya, I first have to find a bookstore that is willing to host it and then I'm lucky if ten or 20 people show up to listen.

"The Dove's Necklace" is a very complex novel with various storylines, images and developments. It does not match any of our clichés about the Orient but is instead an independent and unconventional novel about a city that is the pole of religious thinking for one and a half billion of the world's inhabitants.

As a translator, do you have ways of persuading publishers to publish Arab writers?

Faehndrich: There is the job of scout, a kind of consultant, who proposes titles for translation to publishers. I know translators working in Scandinavian languages who are very much in demand as scouts.

In the case of Arabic literature, though, most publishers prefer to get their information from the Internet. I find that demoralising. It means that they can only translate the titles that are already available in English or French.

I've listed a number of works on my website that would be worthwhile translating but for which I can't find a publisher. Instead, books are being translated that are not necessarily of value but which grab attention by breaking a taboo or causing a scandal. There are obviously commercial reasons for such translations, but it is questionable whether they are able to enrich our relations with the Arab world. 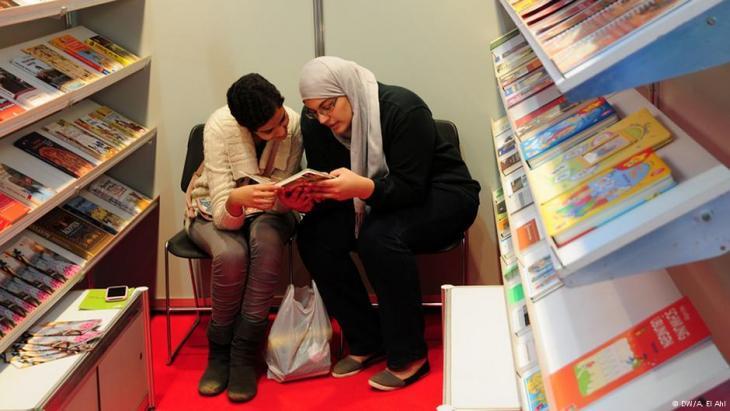 "I'm always surprised when I walk past bookstores in Arab countries and see how much has been translated. Elfriede Jelinek is known, as is Heinrich Boell," says literary translator Hartmut Faehndrich

Which publishers in the German-speaking world are devoting themselves to Arabic literature?

Faehndrich: The publishers that have engaged most in recent decades with Arabic literature were Lenos Verlag in Basel and Unionsverlag in Zurich. In the 1980s, Verlag C. H. Beck collaborated with the Kiepenheuer publishing group to bring out an "Oriental Library". Then there is Edition Orient in Berlin and Alawi Verlag in Cologne, which publishes new Arab women's literature. Luchterhand Verlag brought out the German translation of the novel "Azazeel" by Youssef Ziedan. Some titles have been published by Hanser Verlag (for example the German translation of the novel "June Rain" by the Lebanese author Jabbour Douaihy), which is also open for further Arabic titles. Meanwhile, S. Fischer Verlag has begun to publish novels by the Egyptian author Alaa Al Aswany, and a few Lebanese titles were recently released by Suhrkamp. What I don't see is an on-going interest in Arabic literature. I wish that one of these publishers would at some point translate five or ten works from different parts of the Arab world.

Turning the tables for a moment, is German-language literature well known in the Arab world?

Faehndrich: A great deal of German-language literature is known there. I'm always surprised when I walk past bookstores in Arab countries and see how much has been translated. Elfriede Jelinek is known, as is Heinrich Boell. Books are often translated as a result of personal initiatives. I knew a Lebanese translator, who sadly passed away recently, who worked mainly with Rilke, Hoelderlin and Trakl. It is usually those in the academic world of German literature who translate texts by Handke, Sueskind or Grass.

Hartmut Faehndrich, born in 1944 in Tuebingen, took up in 1966 Semitic and Islamic Studies and philosophy in Tuebingen, Muenster and Los Angeles. He has been teaching Arab and Islamic cultural history at the ETH Zurich since 1978. He began his career as a translator of literary works in the 1980s with the novels of the Palestinian writer Ghassan Kanafani. From 1984 to 2010, he was editor of the "Arabic Literature" series at the Swiss Lenos Verlag.

He has been presented with numerous awards in recognition of his services to the translation of Arabic literature, among them the Hieronymus-Ring (Jerome Ring) of the German Writers' Association in 1995, the Translation Prize of the Arab League in 2004, the Custodian of the Two Holy Mosques King Abdullah bin Abdulaziz of Saudi Arabia International Award for Translation in 2009, and the Joseph Zaarour Medal of the Université Saint Joseph in Beirut in 2013.

He has translated works by the Egyptian writer Naguib Mahfouz, the Palestinian Emile Habibi and the Libyan writer Ibrahim al-Koni. Recently, his German translation of the novel "The Dove's Necklace" by Raja Alem of Saudi Arabia was published by Unionsverlag. He is currently working on a translation of the new novel by Egyptian author Alaa Al Aswany for S. Fischer Verlag.

A French artist has used photos of torture from Abu Ghraib for an oversized artwork at the Berlin Biennale. Reactions from fellow artists have been mixed, with some criticising ... END_OF_DOCUMENT_TOKEN_TO_BE_REPLACED

Since Ali Khamenei, Iran's most powerful man, has openly and unconditionally come out in support of Putin's war in Ukraine, logistical help is on its way, with an allegedly ... END_OF_DOCUMENT_TOKEN_TO_BE_REPLACED

It is possible to write about the Holocaust and the crimes of colonial powers without downplaying anything. In her latest book, Charlotte Wiedemann focuses on the numerous blind ... END_OF_DOCUMENT_TOKEN_TO_BE_REPLACED

This year Annemarie Schimmel, the great German scholar of Islamic studies, would have turned 100. Unique within the German and international academic community of her time, ... END_OF_DOCUMENT_TOKEN_TO_BE_REPLACED

The highly controversial Indian blockbuster "The Kashmir Files“, on the exodus of Kashmiri Hindus in the 1990s, is characterised by unilateral representations, negative ... END_OF_DOCUMENT_TOKEN_TO_BE_REPLACED

END_OF_DOCUMENT_TOKEN_TO_BE_REPLACED
Social media
and networks
Subscribe to our
newsletter