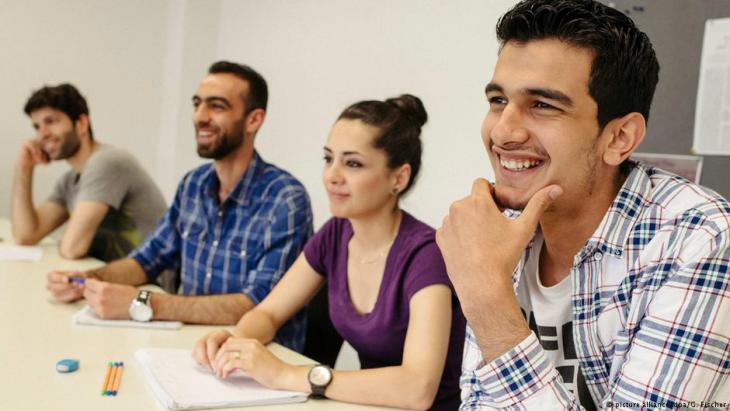 What it means to be German
Recognise the potential

Germany is a country of immigration. Clinging to an out-dated and mythical understanding of what it means to be German not only adds grist to the right-wing populists′ mill, it also endangers social cohesion. By Andreas Bock

We live in a post-truth era. And not just since Donald Trump. Among the convictions of German conservatism that run contrary to the truth is the idea that Germany is not a country of immigration.

Anyone who mistrusts these figures may perhaps believe in the normative power of German soccer. In the 2014 World Cup, it was players like Jerome Boateng, Sami Khedira, Shkodran Mustafi and Mesut Ozil who ensured Germany's success. And in the current squad too, national coach Jogi Low counts on top performers with a migration background, on players such as Antonio Rudiger or Emre Can.

Germans can only be descended from Germans

Germany, not a country of immigration? This is not a fact, it is merely wishful thinking. It is the ideological construct – one that still wields power to this day – of a homogenous and hermetically sealed concept of the "German people" – which can only be accessed through birth.

Only since 1 January 2000, alongside the still primary law of descent (ius sanguines, literally.: blood right) has territorial law (ius soli, literally: right of the land) been applicable to the acquisition of German citizenship. Under the ius sanguines law, only those who are descended from German parents are German. This makes access to German citizenship and affiliation to the German nation exclusive. People with a migration history can never be Germans! They may acquire citizenship through formal channels – but this does not make them German, members of the German race. 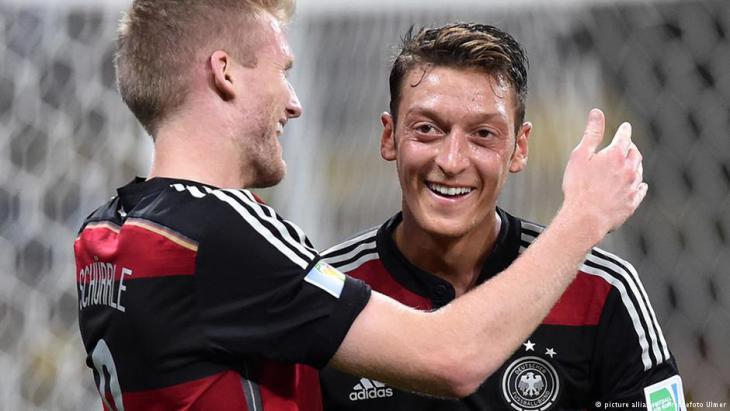 High performers with an immigrant background: in the 2014 World Cup, it was players like Jerome Boateng, Sami Khedira, Shkodran Mustafi and Mesut Ozil who ensured Germany's success. And in the current squad too, national coach Jogi Low counts on top performers with a migration background, on players such as Antonio Rudiger or Emre Can

To the uninformed, this may appear antiquated and in view of the highly problematic and sinister history of the term "German people", it may even appear rather eerie. But it is precisely this hermetic, exclusive and discriminatory understanding of the state of being German that continues to exert an influence on politics and society to this day. On the one hand, it still creates tension and friction on the question of the social participation of people with a migration background and on the other, it keeps the right margin of the political spectrum fertile for feelings of resentment towards people with a migration background, towards foreigners and above all towards Muslims.

What does it mean to be German?

A Wikipedia search as to the national identity of the Germans, as to the prerequisites of being German, yields a positive surprise. "According to several studies, the majority of Germans themselves say that the most crucial criterion in being German is use of the German language." Irrespective of the fact that only one study is actually cited, upon closer examination of this very study it becomes apparent that the still potent understanding of being German is far more exclusive and closed-off than this quotation might hopefully suggest. The Wikipedia entry refers to the study "Deutschland – Post-Migrantisch I" (Germany – Post-Migration I) which Berlin's Humboldt University published in 2014 together with the Berlin Institute for Integration and Migration Research (BIM) 2014. The results of this study are both illuminating and telling.

Education for girls and women is still possible in Afghanistan, says Reinhard Eroes of the Kinderhilfe Afghanistan initiative. In interview with Elisa Rheinheimer, he talks about ... END_OF_DOCUMENT_TOKEN_TO_BE_REPLACED

We are in favour of human rights. But One Love armbands are self-righteous and ignore some fundamental issues. Stefan Buchen examines the debate surrounding the World Cup in Qatar END_OF_DOCUMENT_TOKEN_TO_BE_REPLACED

In Doha, Arabs from Morocco, Tunisia, Egypt and Algeria are gathering to celebrate the first ever FIFA World Cup to be held on Arab soil. The criticism from Europe? Over the top, ... END_OF_DOCUMENT_TOKEN_TO_BE_REPLACED

Canan Topcu came from Turkey to Germany as a child. In her essay, she describes how bothered she was by the racism she encountered in her country of origin when she travelled ... END_OF_DOCUMENT_TOKEN_TO_BE_REPLACED

All organisers use major sporting events like this year’s FIFA World Cup in Qatar primarily to advertise their country and promote a slick public image. This is not something we ... END_OF_DOCUMENT_TOKEN_TO_BE_REPLACED

A leading light of Israeli theatre, Ofir Henig has directed the Israel Festival and is the only female director to have been awarded the Israel Theatre Prize. These days, however ... END_OF_DOCUMENT_TOKEN_TO_BE_REPLACED

END_OF_DOCUMENT_TOKEN_TO_BE_REPLACED
Social media
and networks
Subscribe to our
newsletter