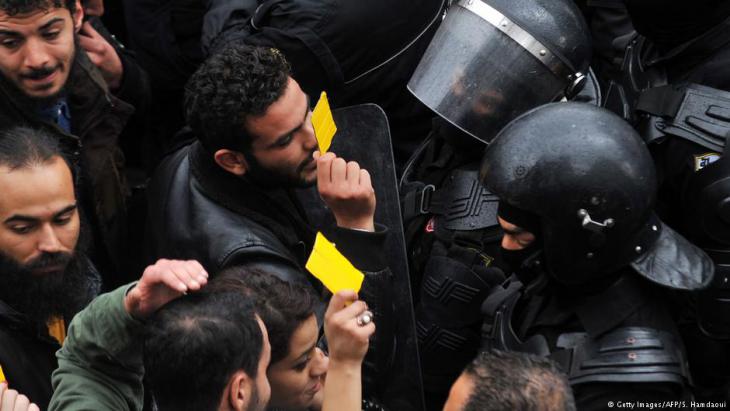 Despite general frustration over economic hardships and the unfulfilled promises of the Arab Spring’s only success story, the revolutionary momentum that gripped Tunisia in 2011 has not waned seven years later. Tunisians seem intent on preserving the spirit of the revolution: bread, freedom and national dignity. By Houda Mzioudet

Seven years since the ousting of former strongman Ben Ali, January has become the hottest month of the year in terms of angry social protests, the barometer that Tunisians, faced with the ominous challenge of a faltering economy, are using to test their young democracy.

Young members of the newly-formed Fech Nestannew Tunisian civil society campaign gathered on 7 January 2018 in Avenue Bourguiba, symbolic of the Tunisian social protest movements that have been rocking the Arab Spring poster child′s turbulent days since 2011. It is no coincidence that Fech Nestannew (“What are we waiting for?” in Tunisian Arabic dialect) was set up on the same day the bread riots rocked Tunisian towns and cities on 3 January 1984, when the Mohamed Mzali government introduced austerity measures, affecting the prices of basic necessities such as bread, pasta and cooking oil.

Should history repeat itself and the same unpopular measures be implemented to reduce the deficit, imposing austerity on the most fragile sections of the population, it will once again confirm the deadlock gripping the Tunisian establishment. Effective solutions to the deep causes that moved Tunisians seven years ago to overthrow Ben Ali have yet to be found. 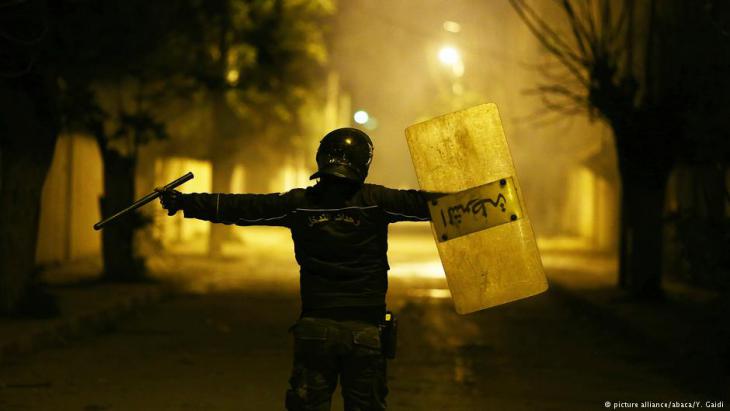 Old habits die hard: mutual accusations between the government and opposition of being the instigators of the violent clashes, the ″demonisation″ of the protests by the government when they turned ugly with acts of vandalism, ″skewed″ Tunisian media coverage about the violent events and the heavy-handedness of Tunisian security forces′ dealing with protests in several Tunisian locations, with the most violent one leading to the death of a protester in Tebourba on the outskirts of Tunis – Tunisians have seen it all before

Waving symbolic yellow cards in the faces of security forces guarding Tunis town hall on 12 January 2018, protesters were warning authorities not to pass the unpopular finance law for the coming year. Even UTICA, the employers′ association and a Nobel Peace Prize recipient in 2015, had already warned about the negative repercussions of this law. UTICA′s position was a portent of the unrest that was to follow.

Faced with scathing criticism from both the general population and the political opposition in parliament alike, Prime Minister Youssef Chahed′s government defended the austerity measures as painful decisions that need to be taken in the face of a deteriorating economic situation.

With the steep fall of the Tunisian dinar (reaching 0.33 euros in January), depleting reserves in foreign currency, rising external debt (up to 40% of GDP) and an annual public deficit reaching 10% of GDP, not to mention inflation standing at 6.3% by the end of 2017, Chahed′s government is faced with a monumental challenge for 2018. Having passed the latest finance law, the toughest test for Chahed in 2018 will be how to curb the growing anger of the population over increasing taxes on almost all products (except for state-subsidised ones). In trying to offset trade and budget deficits with the new price hikes, the government is making ″painful sacrifices″ to reach a meagre growth rate that it optimistically projects will reach up to 3%.

The majority of Tunisians agree that corruption has increased since 2011. Despite overall popular satisfaction with Chahed′s war on corruption, civil society organisations dedicated to the fight still bemoan a lack of governmental accountability, transparency and co-operation. It constitutes a major stumbling block to fostering trust between Tunisians and their government, something that has only increased since the recent wave of unrest began. 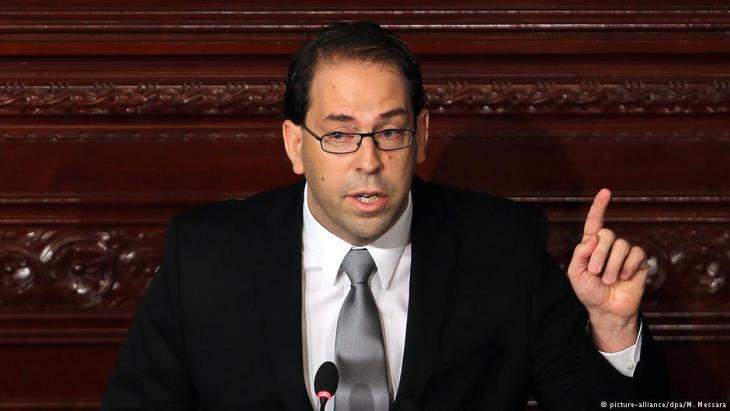 Whose sacrifice? Both the Tunisian people and the parliamentary opposition bemoan the lack of progress made by the Chahed administration in addressing the deep issues plaguing the Maghreb country. The economic situation is bad and worsening, while austerity measures are set to hit the most fragile sections of the population the hardest

An immanent threat to personal freedom?

Mutual accusations between the government and opposition of being the instigators of the violent clashes, the ″demonisation″ of the protests by the government when they turned ugly with acts of vandalism, ″skewed″ Tunisian media coverage about the violent events (criticised by the media regulation authority) and international condemnation of the heavy-handedness of Tunisian security forces′ dealing with protests in several Tunisian locations, with the most violent one leading to the death of a protester in Tebourba have all coalesced to reveal what many in Tunisia have always feared: old habits die hard.

On 13 January the Essebsi administration announced an increase in welfare benefits for the most needy of 120,000 Tunisian families (70 million Tunisian dinars [23 million euros]). This attempt to appease its angry population on the eve of the celebration of the seventh anniversary of the Tunisian revolution was another strategy aimed at countering the radical call of protesters to drop the 2018 finance law. It remains unclear whether the move will be prove sufficient to restore some social peace and ease what is already a volatile situation. 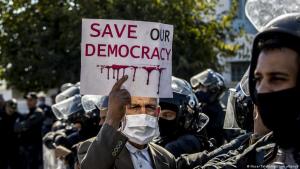 Tunisia's first-ever digital survey on a new constitution is key to Tunisian President Kais Saied's path out of a political crisis. But as with Saied himself, reactions to the ... END_OF_DOCUMENT_TOKEN_TO_BE_REPLACED

Her grandparents are Jews – born in Tunisia and Algeria. Director Cleo Cohen has now broken the silence about this with a very personal debut. By Nadine Wojcik END_OF_DOCUMENT_TOKEN_TO_BE_REPLACED

Moncef Marzouki was Tunisia's first democratically elected president after the fall of dictator Ben Ali. Today he is the most prominent critic of increasingly counter- ... END_OF_DOCUMENT_TOKEN_TO_BE_REPLACED

Asef Bayat, professor of Sociology at the University of Illinois, Urbana-Champaign, has been studying revolutions and how they affect people since 1979. In his recent book, " ... END_OF_DOCUMENT_TOKEN_TO_BE_REPLACED

Every year in December, the team at Qantara.de takes a look back at the articles that proved most popular with our readers. This year is no different. Here is a run-down of the ... END_OF_DOCUMENT_TOKEN_TO_BE_REPLACED

In this new bilingual edition, translated by Humphrey Davies, al-Jawbari, one of the thirteenth century's leading experts in skullduggery reveals all there is to know about the ... END_OF_DOCUMENT_TOKEN_TO_BE_REPLACED

Comments for this article: A winter of discontent

I wonder after all these decades and even the situation today in the heart of "democratic countries" in the West, we are still timid, afraid ideologically, complicit in fact, in not calling the system whether in Tunisia, Britain or Brazil as "capitalist democracy".

END_OF_DOCUMENT_TOKEN_TO_BE_REPLACED
Social media
and networks
Subscribe to our
newsletter