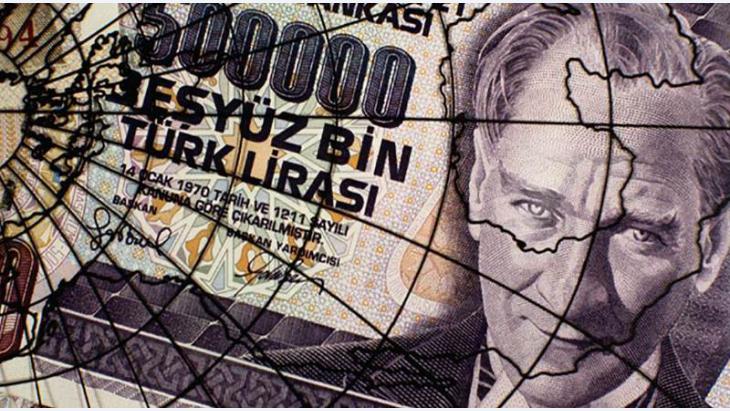 A destabilised Turkey is the last thing Europe needs. Regardless of what one thinks about Erdogan, more important things are at stake: peace and stability in south-eastern Europe and the future of Turkish democracy. Essay by Germanyʹs former foreign minister Joschka Fischer

One of the great geopolitical issues in nineteenth-century Europe was the so-called Eastern Question. The Ottoman Empire, then known as the “sick man of Europe,” was rapidly disintegrating and it remained to be seen which European power would succeed it. When the self-annihilation of World War I finally arrived, it was no coincidence that it emanated from the Balkans, the geopolitical playground for the Ottoman, Austro-Hungarian and Russian empires.

All three great empires met their demise after the war. During the Allied partition of the Ottoman Empire, General Mustafa Kemal Ataturk and the defeated Turkish army withdrew to Anatolia, where they successfully repelled a Greek intervention and then rejected the Treaty of Sevres. In its place came the Treaty of Lausanne, which paved the way for the establishment of the Republic of Turkey.

Ataturkʹs ambition was to turn Turkey into a modern, secular country that would belong to Europe and the West, not to the Middle East. To achieve this goal, he ruled as an authoritarian and created a hybrid state based on de facto military rule and multi-party democracy. Over the course of the twentieth century, this arrangement produced recurring crises in which Turkish democracy was repeatedly interrupted by temporary military dictatorships.

After 1947, Turkish politics was heavily influenced by the Cold War. In 1952, Turkey joined NATO and became one of the Westʹs indispensable allies. For decades, it used its strategic position between the Eastern Mediterranean and the Black Sea to guard the allianceʹs southern flank against Soviet encroachments.

Still, Turkey remained an unstable political entity. The constant vacillation between democracy and military rule arrested most of its progress toward modernisation. For Turkish proponents of democracy, the countryʹs best hope rested with Europe. Formal accession to the European Union would signal the completion of the modernisation process. Whereas the Ottomans had maintained hegemony over the Middle East for a century, Turkey would become a card-carrying member of the West. 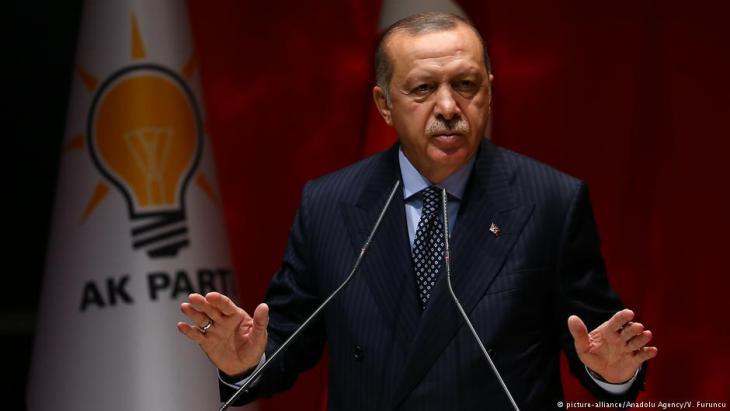 From hope of the nation to failed statesman: "Erdogan has squandered a unique opportunity for both Turkey and the Muslim world generally. His country is now beset by a currency crisis of his own making and it could even face the prospect of national bankruptcy. As he increasingly divides his loyalties between East and West, he risks destabilising the Middle East even further," writes Fischer

In 1995, Turkey entered into a customs union with the EU. By the time the Islamist Justice and Development Party (AKP) came to power in 2002, the country seemed to have oriented itself toward Europe for good. Successive AKP governments led by then-Prime Minister Recep Tayyip Erdogan pursued far-reaching institutional, economic and judicial reforms, including the abolition of the death penalty, an essential pre-condition for EU membership.

Moreover, during the early years of Erdoganʹs premiership, Turkey experienced rapid modernisation and strong economic growth, bringing it ever closer to the EU. By 2011, when the Arab Spring arrived, Turkey was rightly heralded as a successful model of “Islamic democracy,” in which free and fair elections were combined with the rule of law and a market economy.

Seven years later, we seem to be in a completely different world. Turkey is quickly reclaiming its title as "the sick man of Europe". Given its strategic location and economic and human potential, the country should be moving toward a brilliant twenty-first-century future. Instead, it is marching backward towards the nineteenth century, under the banner of nationalism and re-orientalisation. Rather than embrace Western modernity, it is throwing in its lot with the Middle East and that regionʹs perpetual crises.

Erdogan, who assumed the presidency in 2014, has presided over Turkeyʹs rapid modernisation and equally rapid backsliding. 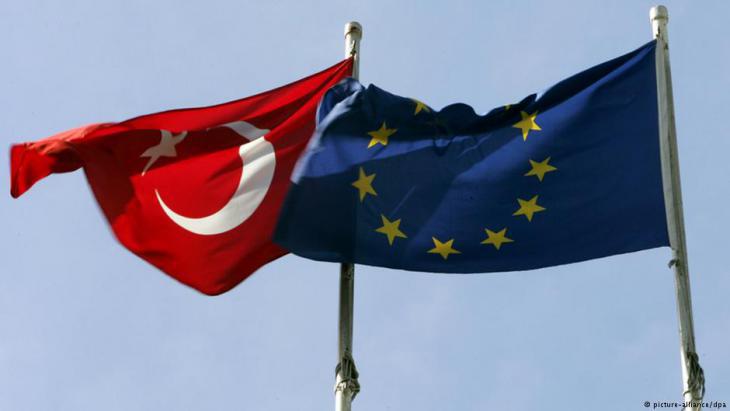 Increasingly frosty relations: Turkey has been an official candidate for accession to the European Union since 1999. However, the accession talks that began in 2005 are now practically on ice. Because of the mass arrest of government critics following the failed military coup in Turkey, the EU decided at the end of 2016 not to extend the talks any further. In November 2017, they also cut accession-linked financial aid to Ankara

He had the historic chance to follow in Ataturkʹs footsteps and complete the task of integrating Turkey into the West, but he failed. Why? One possibility is that Erdogan grew overconfident during the boom that preceded the 2008 financial crisis. Another is that he came to resent the West, owing to the humiliation of the stalled EU accession process and his own authoritarian ambitions, which he finally pursued in earnest after the failed military coup in the summer of 2016.

In any event, Erdogan has squandered a unique opportunity for both Turkey and the Muslim world generally. His country is now beset by a currency crisis of his own making and it could even face the prospect of national bankruptcy. As he increasingly divides his loyalties between East and West, he risks destabilising the Middle East even further.

Turkeyʹs domestic ethnic conflicts – particularly with the Kurds – have once again erupted with full force, even though past experience shows that they cannot be resolved militarily. Thanks to Erdogan, Turkey has become part of the problem in the region, rather than the solution.

And yet Turkeyʹs strategic importance to Europe remains. Millions of EU citizens are of Turkish origin and the country will continue to bridge the gap between East and West, North and South.

Under Erdoganʹs regime, Turkey is no longer a prospective candidate for EU membership. But, rather than break off the accession process, the EU should focus on stabilising the country and salvaging its democracy.

After all, a destabilised Turkey is the last thing Europe needs. Regardless of oneʹs sympathy for or antipathy to Erdogan, Europeʹs own security depends heavily on Turkey, which has absorbed millions of migrants and refugees fleeing conflicts in the Middle East in recent years.

For the sake of both European stability and Turkish democracy, the EU must confront Turkeyʹs crisis with patience and pragmatism, based on its own democratic principles.

Research project "The Global Qur'an", brainchild of Professor of Islamic Studies Johanna Pink and sponsored by the European Research Council, analyses the history and ... END_OF_DOCUMENT_TOKEN_TO_BE_REPLACED

A wedding extravaganza of bright colours, flowers, feasting and dancing, yet the bride, Nefie Eminkova, who comes from Bulgaria's Pomak – Muslim – minority, can see none of it. ... END_OF_DOCUMENT_TOKEN_TO_BE_REPLACED

As the Western world emerges from a holiday season made less festive by COVID-19, millions of children in Afghanistan are starting 2022 facing the prospect of famine, illness, and ... END_OF_DOCUMENT_TOKEN_TO_BE_REPLACED

Every year in December, the team at Qantara.de takes a look back at the articles that proved most popular with our readers. This year is no different. Here is a run-down of the ... END_OF_DOCUMENT_TOKEN_TO_BE_REPLACED

Jesus – Issa in Arabic – doesn’t merely enjoy the highest place among the prophets in the Koran. He is also revered in Islam’s mystical tradition for his message of love and mercy ... END_OF_DOCUMENT_TOKEN_TO_BE_REPLACED

The military in Sudan has never waged war against a neighbour, but it has already staged 17 coups. Tens of thousands of people are risking their lives to oust the military by ... END_OF_DOCUMENT_TOKEN_TO_BE_REPLACED

Pretending that Turkey was "rightly heralded as a successful model of “Islamic democracy,” in which free and fair elections were combined with the rule of law and a market economy." is at least quixotic. At least anno 2018, one should acknowledge that the AKP has only used democratic institutions to grab its power and consolidate it, and then to rapidly erode and destroy many democratic institutions. Press freedom, was never its friend. Equal rights, was even never the case for Kurds nor non-sunni muslims. The rule of law is also long gone, the last decade.

The only more or less correct assertion is about a market economy, except for those entrepreneurs who are also secular, Kurdish and/or explicitly in favor of democracy.

Moreover, the "humiliation of the stalled EU accession process " was only Erdogans own making: he flatly refused many fundamental principles of the EU from the beginning of his contacts with the EU.

One thing Europe can help the future of the EU-Turkey relationship is by accepting educated & Westerly-thinking Turks' visa applications for work and studentships etc. These Turks, who are secular and liberal and who do not like Erdogan, can be a bridge between Turkey and the West. But I know some of such Turks whose student visa applications got rejected by EU countries, even though they got accepted as graduate students from good EU universities! They feel like Europe is turning her back on them

END_OF_DOCUMENT_TOKEN_TO_BE_REPLACED
Social media
and networks
Subscribe to our
newsletter