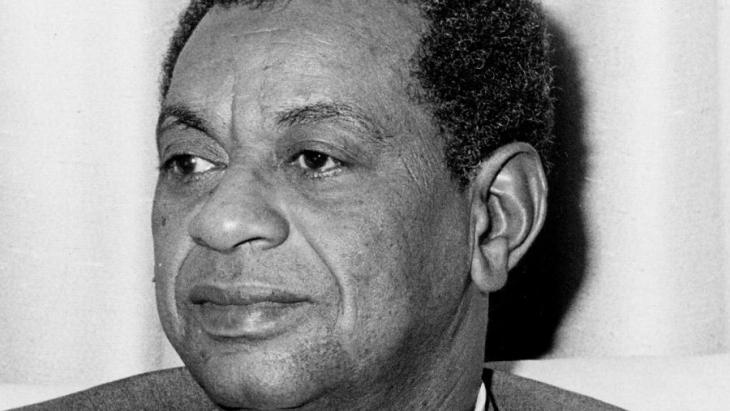 Described as the most important Arab novel of the twentieth century by the Arab Literary Academy, Tayeb Salih's ″Season of Migration to the North″ was first published in 1966. For this year′s Saif Ghobash Banipal Prize Lecture, Professor Robert Irwin reflected on Salih′s unique mode of engaging with Western culture and the counternarrative he provides to post-colonial discourse. By Valentina Viene

Salih′s ″Season of Migration to the North″ has generally been interpreted as a counter narrative to ″Heart of Darkness″, owing not only to the frequent references to Conrad′s book, but also to its exploration of the evils of colonialism and cross-colonial experience, something that both novels share.

And yet, looking past the plot, the reader will find an entire hall of mirrors, referencing European works and their authors: Salih′s book is in direct dialogue with Shakespeare for the tragic deaths, the unrequited love, the issue of colour, and with Oscar Wilde for the similar conduct of Dorian Gray and Mustafa, the main character who entertains various love affairs with English women and causes their death.

Professor Irwin, an expert in ″Arabian Nights″ literature and author of ″The Arabian Nightmare″ (1983), explained how easy it is to see ″Season of Migration″ as a political book. Yet what he finds particularly interesting is how this novel is also a reflection of itself, with its story within the story.

″By telling the story of another narrative,″ Irwin said, ″the first narrative achieves its fundamental theme and at the same time, it reflects on the image of itself.″ In this way, Season of Migration connects with the ″Arabian Nights″. By recounting the story of Mustafa, Muhammad survives, just like Scheherazade is saved from sharing the same destiny as Shahryar′s previous women.

The literary allusions in ″Season of Migration″ are potentially endless. Fanon and Freud′s influence don′t go unnoticed either. One thing is sure, Tayeb Salih, who was well-versed in English literature and thought, must have enjoyed playing this game with Western works, without ever demonstrating a sense of subjugation or inferiority. Instead, we get the impression that, through this literary game, the author invites us to re-consider those novels and read them in a new light.

Feeding on ambiguity and illusion

Duality pervades the narrative and is possibly a reflection of Salih′s life, which was split between England and Sudan. The North and the South, the city and the countryside, the sex and the death wish, modernity and tradition, Mohammed versus Mustafa – dualism is an obsession that Salih shares with Joseph Conrad and many others.

What′s more, so much of this novel remains uncertain and is object for speculation: who are the gentlemen addressed at the beginning of the novel? The tragic deaths of the women in the story and even Muhammad′s cry for help at the end are not fully explained. Does he die in the river or is he rescued? 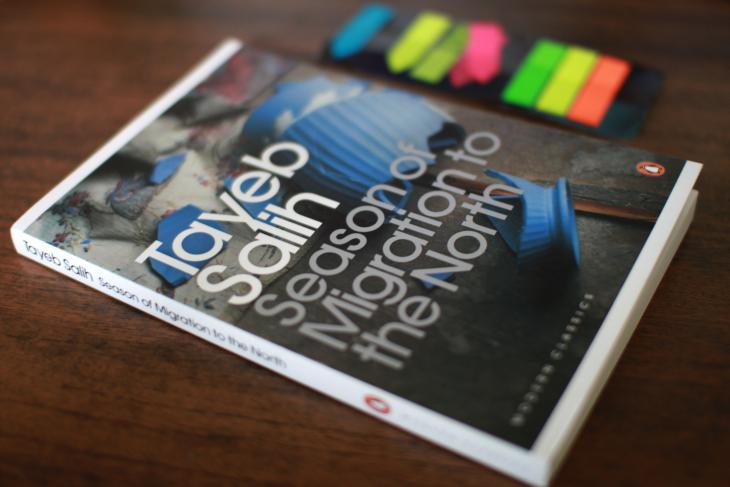 Tayeb Salih's novel "The Season of Migration to the North", which was published in 1966, is one of the all time top ten greats in modern Arabic literature. For an entire generation of Middle East intellectuals, it is a cult book, the shot that signalled the start of the Arab "generation of 1968"

The narrating voice, although left unnamed, is anything but invisible and detached: he is indirectly responsible for the murder of Wad Rayyes and Hosna′s suicide, a tragedy whose course of action is reminiscent of Romeo and Juliet. The reader is led to think that the narrator and Muhammad are one and the same thing. Mustafa, who is everything Muhammad is not, insists he ″is no Othello″, and that ″Othello is a lie″. ″We never,″ conceded Irwin, ″get the final story″. Once again, Salih is careful to maintain the illusion.

That village on a bend in the Nile

Tayeb Salih chose to locate the events in an anonymous Sudanese village ″on a bend in the river″. The river has great significance in the novel: the Nile flows north, birds and animals migrate north and Mustafa travels in the same direction to further his education, first to Cairo, then on to London. He returns to this river and dies in it.

The imposing image of the river resonates with the River Congo in Conrad′s ″Heart of Darkness″. It is also a symbol of change: the traditional water wheels are replaced by pumps that facilitate irrigation; this allows people to return to the village and cultivate the fields. The river is where another final change happens: Mohammed, on the verge of madness, walks into the river with the intention of drowning himself, but a sudden urge to ″move forward and not downwards″ betakes him. He makes the first decision in his life, to survive and get rid of Mustafa′s haunting presence in his life. Whether he survives or not, is a different story.

Irwin pointed out during the lecture that Salih preferred to use the word hijra to rihla in the title of his novel. Hijra has a religious connotation but also gives the sense of leaving something behind, which is what the author was trying to emphasise: Mustafa abandons the little Sudanese village and on his return, he won′t be the same, much as he may try.

In Salih′s other novels like ″The Wedding of Zain″ (1964) or ″Bandarshah″ (1971), the village is depicted as an idyllic place and a place of lost happiness, but in ″Season of Migration″, the village is far from having that romantic connotation. Just like London, it is a space where crimes are perpetrated and tragedies take place.

Ultimately, England, Salih′s Sudan and Conrad′s Congo are all ″places of darkness″.

Home
Print
Newsletter
More on this topic
Obituary: Tayeb Salih: Season of Literary Migration to the SouthRemembering Naguib Mahfouz: ″A wave of light on an infinite ocean of darkness″ Abdulrazak Gurnah – "Pilgrim's Way": As foreign as a drop of oil in water
Related Topics
Arabic literature, Dialogue of Cultures | Intercultural Dialogue, Literature
All Topics

Research project "The Global Qur'an", brainchild of Professor of Islamic Studies Johanna Pink and sponsored by the European Research Council, analyses the history and ... END_OF_DOCUMENT_TOKEN_TO_BE_REPLACED

As the Western world emerges from a holiday season made less festive by COVID-19, millions of children in Afghanistan are starting 2022 facing the prospect of famine, illness, and ... END_OF_DOCUMENT_TOKEN_TO_BE_REPLACED

A wedding extravaganza of bright colours, flowers, feasting and dancing, yet the bride, Nefie Eminkova, who comes from Bulgaria's Pomak – Muslim – minority, can see none of it. ... END_OF_DOCUMENT_TOKEN_TO_BE_REPLACED

Every year in December, the team at Qantara.de takes a look back at the articles that proved most popular with our readers. This year is no different. Here is a run-down of the ... END_OF_DOCUMENT_TOKEN_TO_BE_REPLACED

Jesus – Issa in Arabic – doesn’t merely enjoy the highest place among the prophets in the Koran. He is also revered in Islam’s mystical tradition for his message of love and mercy ... END_OF_DOCUMENT_TOKEN_TO_BE_REPLACED

The military in Sudan has never waged war against a neighbour, but it has already staged 17 coups. Tens of thousands of people are risking their lives to oust the military by ... END_OF_DOCUMENT_TOKEN_TO_BE_REPLACED

Comments for this article: A literary hall of mirrors

Season of Migration to the North

I was at Professor Irwin's well-attended lecture.I didn't think that there was room for any new interpretation or analysis;but the lecture surprised me.The comparisons were enlightening and the perspective was insightful.
The lecturer is a novelist .That enabled him to dig deeper than most.I hope he will publish his enjoyable lecture to enable more people to appreciate Tayeb Salih's role .

END_OF_DOCUMENT_TOKEN_TO_BE_REPLACED
Social media
and networks
Subscribe to our
newsletter