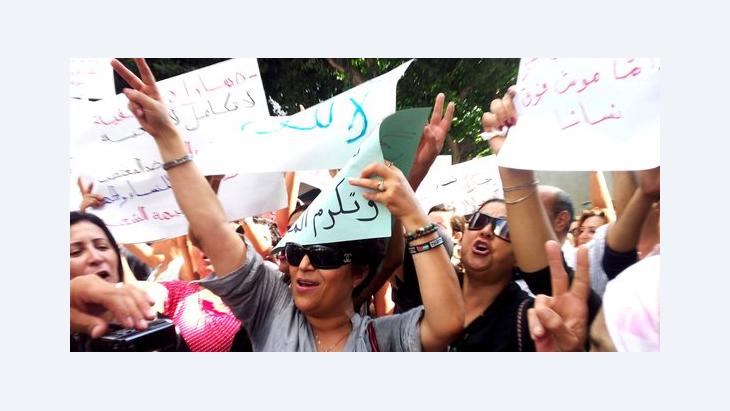 Islam and Women's Rights in Tunisia

﻿Tunisia was once the model for emancipation in the Arab world, but there's now increasing concern over an article in the new constitution which, according to women's and human rights activists, will undermine the equality of the sexes. By Sarah Mersch in Tunis

Before the revolution in Tunisia, as far as the rights of women were concerned, the lines were clearly drawn. On the one side there was "state feminism", embodied above all in Leila Trabelsi, the wife of the country's leader, Zine El Abidine Ben Ali, who had declared that her most important concern was the rights and the achievements of her female fellow citizens. She was omnipresent in the media, but there were hardly any concrete reforms for the benefit of women.

On the other side there were the representatives of civil society, who fought both the discrimination of women and the token feminism of the Ben Ali regime. They had few resources and were watched closely by the regime. Most Tunisian women found themselves between these two worlds, taking for granted the relatively high level of freedom they enjoyed compared to women in other countries in the region.

During the "Jasmine Revolution" of December 2010, which led to the fall of the old regime, men and women went out on the streets together, demonstrating for the rights of all Tunisians, not just for those of women.

'Complementarity' instead of 'equality'

Most Tunisians were simply puzzled when women's organisations began to demonstrate for complete equality for women shortly after Ben Ali had fled the country – most people thought that women's rights were in no danger. 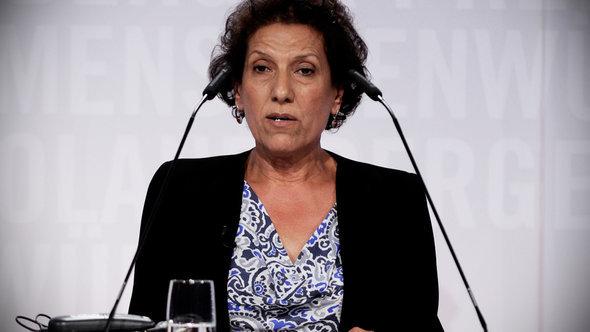 "The people are watchful," says laywer and human rights activist Radhia Nasraoui. "I don't think that women will simply let things happen – they are certainly perfectly capable of fighting for their rights"

​​But eighteen months later there is reason for concern: the current draft of the new constitution no longer talks of the "equality" of men and women, but of mutual "complementarity".

So what has happened? Last summer the members of the commission on rights and freedoms of the constitutional assembly were debating two drafts. In the end, the governing party Ennahda managed to get its draft of Article 28 through. Eleven voted for it, eight against. It said that the state would guarantee women's role as "man's partner in building the nation", as well as guaranteeing the complementary roles of man and women in the family. The state would also commit itself to equality of opportunity and to the fight against violence against women.

That led to a storm of protest. For many Tunisians, it seemed unimaginable that they would give up the concept of equality as an individual right in exchange for a concept which defined women merely in relation to husband, family and nation.

Faycel Nacer, spokesman for Ennahda, struggles to explain his party's position. He insists there isn't really any difference between "equality" and a "complementary role" between men and women. But he's not prepared to give up the term his party has chosen.

"The roles of man and woman within the family are very different from their tasks in society, in the economy and in politics," says Nacer. He argues that the nature of the family means that it functions differently from social institutions. The fact that the divorce rate in Tunisia is the highest in the Arab world is an example of how the Tunisian family had moved away from its natural role, he says.

Ennahda has repeatedly provided evidence that it really doesn't have a problem with women taking part in political life. It profited most from its electoral lists, in which men and women had an equal number of places – as a result, almost all the female members of the constitutional assembly come from the party's list. Some feminists had hoped that these members would be allies, but that has not turned out to be the case. Most of Ennahda's female representatives have held to the strictly conservative party line over women's issues. 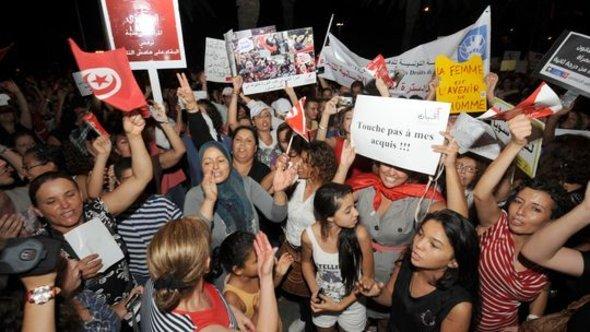 Demands for a "second revolution": Thousands protested last August in Tunis against the Islamist Ennahda party, accusing it of wanting to cut back women's rights

​​According to the lawyer Radhia Nasraoui, that means that activists must continue to fight for the rights of Tunisian women: "From the moment onwards that we had parties which were not in favour of the complete equality of men and women, we had to say: this fight has not yet been won." In the fight for women's rights, it's not enough just to be a woman.

Karima Souid sits in the Tunisian parliament for Ettakatol, which is a coalition partner of Ennahda, but she finds herself increasingly having to take a position against the government. An editorial committee is responsible for the final draft of the constitution which will be put to the vote in autumn.

It has spoken out in favour of the term "equality", and Souid is confident that Article 28 will not end up in the constitution in its current form. She demands that the constitution should include equal rights and duties for its male and female citizens: "It is out of the question that the term 'complementarity' should be accepted – that would be crazy."

Souid is certainly not alone with her view, but she doesn't have all the women in Tunisia on her side either. The conservative model of society as defended by Ennahda is daily life for many of them. Emancipation was promoted in Tunisia as early as at the start of the 20th century – mainly by men – before it was institutionalised in 1956 by the first president of the country, Habib Bourguiba. 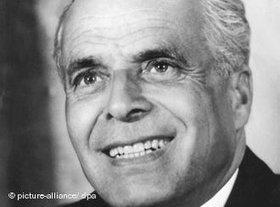 Groundbreaking rights for women, announced by men: Emancipation was promoted in Tunisia as early as at the start of the 20th century – mainly by men – before it was institutionalised in 1956 by the first president of the country, Habib Bourguiba

​​The law on personal status ("Code du Statut Personnel") that he passed then is still the most modern in the Arab world, and it brought groundbreaking changes for Tunisian women. But the state feminism of Bourguiba and Ben Ali has not been able to stop domestic violence, conservative family structures and sexual harassment, which are widespread outside the better positioned middle class and the big cities.

Following the end of dictatorship and the coming to power of an Islamist-dominated government coalition, these phenomena have returned to public attention.

When Bourguiba drew up the law on personal status in 1956 he was careful to provide a religious basis for every article. He would have been unable to push his project through if he had not had important clerics on his side. There's no reference to complete equality between men and women in the former constitution.

It's the religious basis for personal status which partly explains that the Islamic law on inheritance applies in Tunisia. And that also explains why Ennahda repeatedly emphasises that it is not going to touch the law on these issues. The law can be interpreted in either a more modern or a more conservative way – as the courts prefer. So Ennahda's Nacer is careful not to blame the breakdown of family structures and the increasing divorce rate directly on Bourguiba's reforms: "It's not the fault of the law, it's because of its abuse," he says.

Lawyer Nasraoui sees the continuing debate on the role of women in Tunisia as, above all, a tactical manoeuvre. "We are at a time when there are other challenges: the economic situation is very bad," she says. The continuous discussion about women's rights is mainly intended to distract attention from the essential issues of democratisation. "I don't mean by that, that women's rights aren't important, but we spend a lot time discussing what a couple of Salafists and a couple of members of Ennahda are saying."

Nasraoui is convinced that most Tunisians do not want to see the achievements of women touched: "The people are watchful," she says. "I don't think that women will simply let things happen – they are certainly perfectly capable of fighting for their rights."

Sex education – taboo in the Middle East. Or is it? Thanks to social media, millions these days are daring to ask everything about "it". Jennifer Holleis has the details END_OF_DOCUMENT_TOKEN_TO_BE_REPLACED

The memory of experienced injustice plays a central role in the transformation of societies towards democracy. In the Arab world, the critical study of memory is only just ... END_OF_DOCUMENT_TOKEN_TO_BE_REPLACED

Unauthorised immigration to Europe went down at the peak of the pandemic. As EU countries re-open, migrant flows are back up. What does it mean for the EU – and for migrants? By ... END_OF_DOCUMENT_TOKEN_TO_BE_REPLACED

"The people aren’t ready for democracy" has been the constitutional basis for Arab tyranny, its favourite slogan and its sacred narrative for more than a century. Yet, asks Khaled ... END_OF_DOCUMENT_TOKEN_TO_BE_REPLACED

A new survey by Arab Barometer adds numbers to the narrative that COVID has led to a harsher reality for women in the Middle East and North Africa. By Jennifer Holleis and Razan ... END_OF_DOCUMENT_TOKEN_TO_BE_REPLACED

"Coups are not only started by the military; they can be started by a civilian and completed by officers”, said Shady Lewis Boutros, an Egyptian novelist and writer who lives in ... END_OF_DOCUMENT_TOKEN_TO_BE_REPLACED

Comments for this article: Equality in Danger

This just goes to show that Islamism is a threat to women's rights and democracy. We all celebrated the Arab Spring and suddenly all pretended to have been anti-Ben Alis and anti-Mubaraks, but I say - as cynical as it may seem - in ten years time we will all wish that the uprising never happend.

END_OF_DOCUMENT_TOKEN_TO_BE_REPLACED
Social media
and networks
Subscribe to our
newsletter