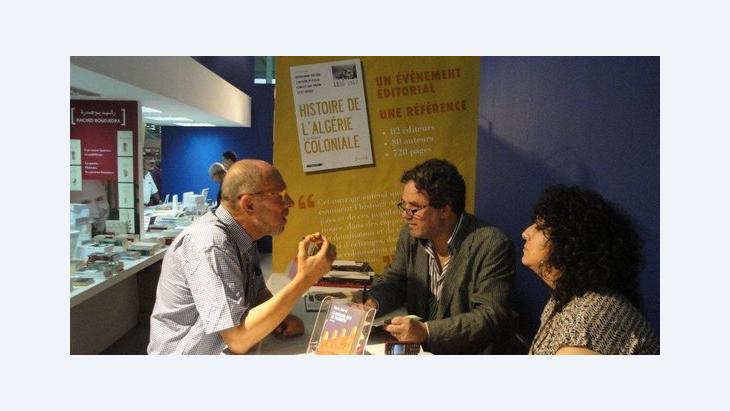 ﻿The 50th anniversary of Algerian independence this year gave the Algiers International Book Fair 2012 an excellent opportunity to finally shed its negative image. Martina Sabra explains why this failed to happen

﻿The decision for the International Book Fair (Salon International du Livre d'Alger) to be held again on the exhibition grounds east of the Algiers city centre apparently paid off.

At any rate, the fair's management, headed by Hamidou Messaoud, was more than satisfied with the results: across an exhibition area of 14,000 square meters, more than 600 publishers from 40 countries were present, and over half a million visitors came during the ten days of the book fair, including a conspicuously large share of young people.

On the whole, fewer religious publishers and more secular ones were represented than in past years. Also new this year was that "only" 300 titles were not admitted to the book fair in Algiers; last year 400 titles were banned, and in 2010 a total of 1,000 books were on the index. "This is not censorship, but rather the exclusion of certain titles due to racist, colonialist or religious-extremist content," Cultural Affairs Minister Khalida Toumi explained to journalists.

Judging by quantity alone, the 17th Algiers International Book Fair can definitely be called a success. But when it comes to setting new impulses for cultural policy, the score card is much less impressive. This was by no means due to the book offerings – Algeria's authors are turning out a steady stream of world-class literature, and the country's book industry is enjoying remarkable growth.

Algerian publishers brought out a number of interesting publications to mark the jubilee year, some of which shed new light on the war of independence and the political fresh start made by the young Algerian nation since 1962. Many of these books tell of French or other Europeans on both sides of the Mediterranean who committed themselves to the "Algerian cause" and who remained in Algeria after the war because they wanted to help build the new country. 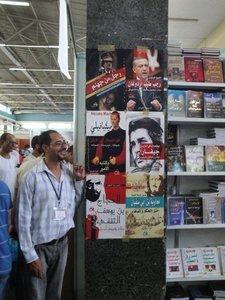 Prominently featured at the Algiers Book Fair: biographies of famous politicians and statesmen

​​Examples include the extensive study "Ni valise ni cercueil" (Neither Suitcase nor Coffin) by French writer Pierre Daum, published in 2012 by Actes Sud; Marie Joelle Rupp's biography of the French leftist Serge Michel, who founded the Algerian news agency APS (published under license to the renowned APIC éditions); and the poignant memoirs of the doctor couple Pierre and Claudine Chaulet, in the original edition from Barzakh.

Pronounced interest on the part of the public in this aspect of modern Algerian history was evident during a lecture by historian Fritz Keller from Vienna, who presented as part of the supporting programme at the Salon International du Livre d'Alger his latest book on Algerian solidarity in Austria in the 1950s and 60s.

The event was well-attended and great interest was shown in obtaining more information and translations on the subject. For his next publication, a biography of the German-born Algerian activist Winfried ("Si Mustafa") Müller, who died in 1993, Keller has responded accordingly, noting that: "The book will be published in German and Arabic."

Details of Germany's role in the Algerian war are also in demand: an Algerian publisher announced that it would offer French and Arabic translations of the book "Der Kofferträger" (The Bellboy) by German political scientist Claus Leggewie in the coming year. The narrow volume, published back in 1984 by the former Berlin publishing house Rotbuch Verlag, offers fascinating insights into solidarity with Algeria in Adenauer-era Germany in the 1950s and 60s.

In addition to the history of Algerian solidarity, the supporting programme at the book fair also dealt with a forward-looking theme: digital publishing. The e-book doesn't stand a chance in Algeria at the moment, claimed the young publisher Sofiane Hadjadj in a discussion panel that also included a representative from the Frankfurt Book Fair. But he does expect the mobile phone to play a crucial role in the dissemination of books and knowledge in the coming years.

Algeria could definitely become a market in this sector. "Most people in Algeria don't own a computer, but they do have a mobile. That's where the future lies," Hadjadj believes, making reference to developments in some Latin American countries.

1962–2012, fifty years of independence: the jubilee year presented the Algiers Book Fair with an excellent opportunity to cast off the negative image it has suffered under up to now and to raise its profile as a genuine cultural event – a marketplace not only for books, but also for ideas and debates.

Hardly any forums for independent authors

The organisers could have provided forums for prominent authors such as Amin Zaoui, Kamel Daoud or Kawthar Adimi, or for some of the talented young Algerian graphic novelists. These writers could have discussed the present state of affairs in their country. They would have formed a counterbalance to the many thousands of visitors in Wahhabi garb crowding the packed stands of the religious publishers. But the opportunity was missed. 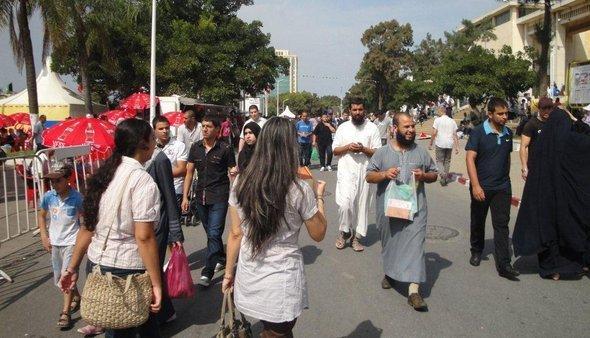 Crowds of visitors despite dearth of independent journalists and critical cultural figures: the thematic focuses at the book fair included the war of independence and the role of European supporters in the anti-colonial liberation struggle. But current socio-political and cultural issues were once again glossed over, says Martina Sabra

​​What might be the reason for this omission? A fear of censorship perhaps? The possible chaos it might have set off? Or maybe both? All we know for sure is that very few accredited journalists from abroad were in evidence at the most important cultural event of the year in Algiers, and on the French-language website of the Salon International du Livre d'Alger, the "Events" section was virtually empty two days after the start of the fair. Anyone wanting to know which events were on offer either had to possess psychic powers or arduously canvass the stands of the individual publishers.

At least some previously censored works were finally admitted, including a long-banned novel by the winner of the 2011 Peace Prize of the German Book Trade, Boualem Sansal, and a political study by journalist Mohamed Benchicou. The organisers also managed to bring themselves to honour not only the canonical authors Mouloud Feraoun and Reda Houhou, but also three deserving contemporary writers: Rachid Boudjedra, Assia Djebar and Yasmina Khadra. However, almost all of the public events were timed in such a way that the public at large learned nothing of them.

The famous Algerian caricaturist DILEM put it in a nutshell with one of his inimitable cartoons on the day after the book fair: A visitor asks at the information desk whether there are any books available on Algeria's achievements after 50 years of independence. The woman obligingly answers: "You mean fiction? Just look all the way in the back, please!"

The Algerian journalist Hassan Gherab from the newspaper "La Tribune" summarised it as follows in his commentary on the 17th Algiers International Book Fair: "The challenge of quality remains". Nothing more need be said.

Home
Print
Newsletter
More on this topic
Literature and Collective Trauma in Algeria: Moving Beyond the Examination of HistoryFrance and the 50th Anniversary of Algeria's Independence: A Pact against MemoryPortrait of the Algerian Writer Maïssa Bey: "We Intellectuals Expect Nothing More From Europe"
Related Topics
All Topics
Date:
Mail:
Send via mail

END_OF_DOCUMENT_TOKEN_TO_BE_REPLACED
Social media
and networks
Subscribe to our
newsletter