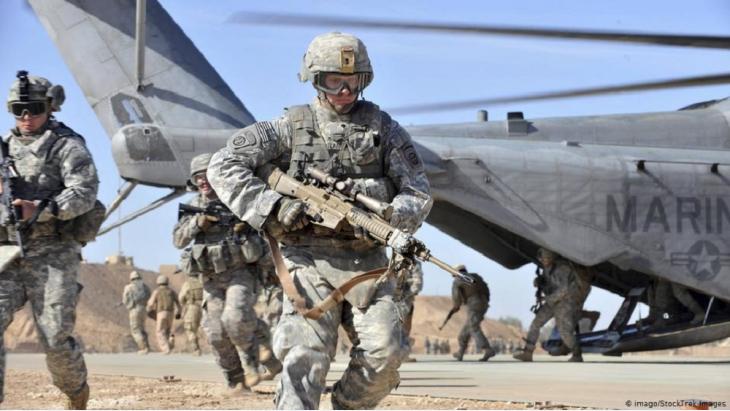 Twenty years after 9/11, the United States is recalibrating its war policy. However, its assertions that the era of endless wars is over are a myth, writes Maha Hilal

"Last night in Kabul, the United States ended 20 years of war in Afghanistan. The longest war in American history." These were the words of President Joe Biden on 31 August, one day after the withdrawal of U.S. troops from Afghanistan was concluded.

Notably, however, Biden asserted in the same speech that "we will maintain the fight against terrorism in Afghanistan and other countries. We just don't need to fight a ground war to do it. We have what's called over-the-horizon capabilities, which means we can strike terrorists and targets without American boots on the ground, very few if needed."

Not the first time the war has ended

Of course, this is not the first time the war in Afghanistan has "ended". In 2014, for example, then President Barack Obama announced that the combat mission was ending, saying that "the longest war in American history is coming to a responsible conclusion."

More than a decade earlier, on 1 May 2003, then Secretary of Defence Donald Rumsfeld, one of the chief architects of the war in Afghanistan, had declared an end to the combat mission in that country just hours before George W. Bush announced the same about the war in Iraq.

Nevertheless, and to this day, the U.S. military maintains a troop presence in Iraq. Although Biden has said the combat mission in Iraq will be over by the end of 2021, this clearly does not preclude the possibility of ongoing militarism in the country, whether this is through airstrikes or as a lasting institutional presence, or, more likely, both. 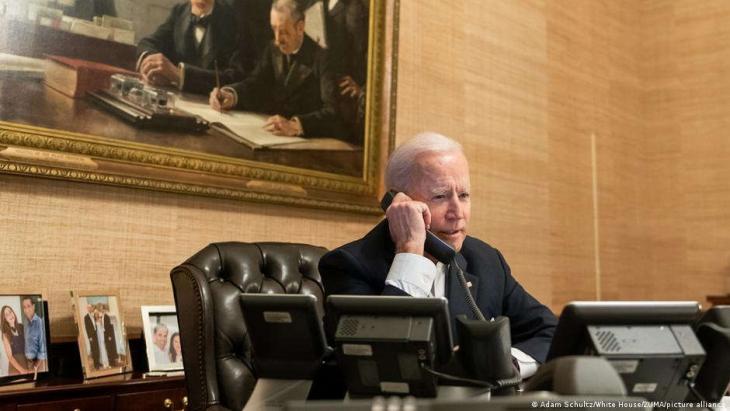 End of major U.S. military interventions? U.S. President Joe Biden announced far-reaching consequences for future military operations after the withdrawal from Afghanistan. "We've got to learn from our mistakes. This decision about Afghanistan is not just about Afghanistan. It’s about ending an era of major military operations to remake other countries." Future deployments would have to have clear, achievable objectives. They also would have to focus "on the fundamental national security interest" of the United States

A limited interpretation of war

These statements reveal a narrowly conceived definition of war that minimises its manifestations to include only overt military violence in the form of on the ground battle. This limited interpretation has been leveraged for the purpose of excluding airstrikes and drone warfare when used as isolated tactics because they are conducted under the guise of counterterrorism that is somehow constructed separately from war.

The same logic has been applied to the entire apparatus of the war on terror, despite the pervasive violence perpetrated in its name. In my forthcoming book, Innocent Until Proven Muslim: Islamophobia, the War on Terror, and the Muslim Experience Since 9/11, I provide a framework from which to understand the scope of the war on terror using five dimensions:

1) militarism and warfare; 2) draconian immigration policies; 3) surveillance; 4) federal terrorism prosecutions; and 5) detention and torture. If war is restricted to on the ground combat, four of these dimensions would fall outside of its definition – despite the infliction of mass violence that has been justified by using the language of warfare.

While there is a technical response to the question of whether or not the war has ended  based solely on armed conflict on the ground, these limitations ignore the fact that war shapes the everyday realities of people living through it in myriad ways, particularly among the communities and countries that the U.S. targets or has targeted. For asymmetrical wars, this reality is felt much more acutely by those left behind to deal with the war's consequences. 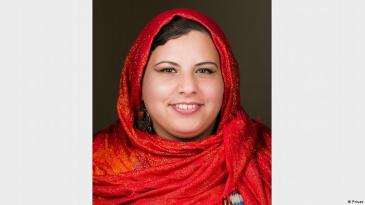 U.S. political analyst Maha Hilal is co-founder and co-director of the Justice for Muslims Collective

War is still in the air

This is not just about physical violence, it's about the constant threat of violence. The U.S. has shaped a world focused on its war on terror where its state violence is omnipresent. This means that absent the most visible aspects of war, war is still in the air.

In fact, if the U.S. has taught the world anything, it's precisely that there is no opposite of peace to its wars, only an ebb and flow of where violence is directed.

For the philosopher Robin Schott, author of the article Gender and "Postmodern War," war should be viewed not as an event, or a series of events, but instead as a presence. If we understood war this way, then we would think of the war on terror as the presence of violence, manifested in many different contexts, over the last 20 years.

Two decades after the 9/11 attacks and its subsequent war on terror, the U.S. continues to inflict massive violence domestically and across the globe. Profiting from the limited, event-based definition of war, and focusing only on the safety and security of the American people (at least theoretically), the U.S. has managed to create the facade of ending the war(s).

But for those targeted in countries from Afghanistan to Iraq to Somalia, where war as a presence and not an event is deeply manifested, it is imperative to ask – for whom is the war over?

Maha Hilal is co-founder/co-director of the Justice for Muslims Collective. She previously served as the Michael Ratner fellow with the Institute for Foreign Policy Studies in Washington, D.C.

Home
Print
Newsletter
More on this topic
Qantara dossier: 11 September 2001Western withdrawal from Afghanistan: The symbolic importance of the U.S. defeat9/11 twenty years on: How the 'War on Terror' destabilised the Middle EastOlivier Roy: "The politics of chaos": No geostrategy of Islam
Related Topics
9/11, Barack Obama, Human rights, International terrorism, Islam and the West, Islamophobia, Jihadism | Jihadists, Joe Biden, Muslims in the West, NATO, U.S. policy in the Middle East
All Topics

Education for girls and women is still possible in Afghanistan, says Reinhard Eroes of the Kinderhilfe Afghanistan initiative. In interview with Elisa Rheinheimer, he talks about ... END_OF_DOCUMENT_TOKEN_TO_BE_REPLACED

A lawmaker in Pakistan's rugged northwest was sipping tea with voters when his phone chirped to life – the Taliban were calling with a demand for 'donations'. "We hope you won't ... END_OF_DOCUMENT_TOKEN_TO_BE_REPLACED

Cries of "Benghazi!" still resonate across the USA ten years after a deadly terrorist attack in Libya killed the U.S. ambassador and three other Americans. Ethan Chorin re-tells ... END_OF_DOCUMENT_TOKEN_TO_BE_REPLACED

Sufism has fluid boundaries. Just like Islam, Sufism is inconceivable without its late antique roots. Then again, it has also exerted an influence on Hinduism. Moreover, the Sufic ... END_OF_DOCUMENT_TOKEN_TO_BE_REPLACED

Journalist Waslat Hasrat-Nazimi was forced to flee Afghanistan with her family as a child and grew up in Germany. To mark the publication of her book "The Lionesses of Afghanistan ... END_OF_DOCUMENT_TOKEN_TO_BE_REPLACED

Just as the Islamic Revolution fundamentally changed Iran 43 years ago and had an impact far beyond the country's borders, the current wave of protests sweeping the country is set ... END_OF_DOCUMENT_TOKEN_TO_BE_REPLACED
Author:
Maha Hilal
Date:
Mail:
Send via mail

END_OF_DOCUMENT_TOKEN_TO_BE_REPLACED
Social media
and networks
Subscribe to our
newsletter