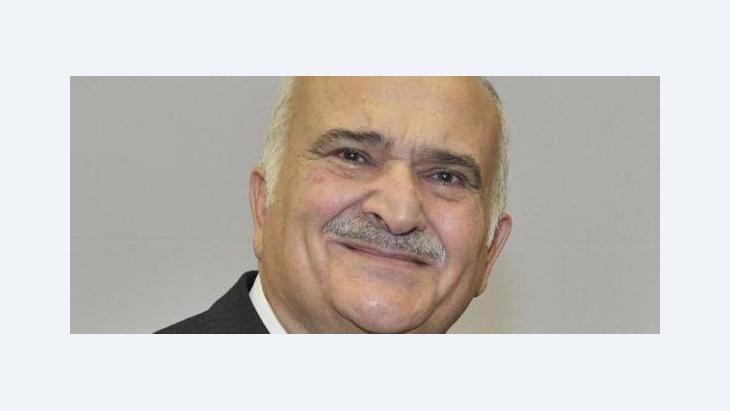 ''Change We Can Believe In''

At the end of a year of epochal and largely unforeseen change in the Arab World, Prince El Hassan bin Talal of Jordan gives his personal view of what the region now needs to ensure that this change is both sustainable and meaningful

Regionally and globally we are coming to the end of a significant year. Manifold "awakenings" have altered the strategic, social and political context of a region I refer to as "West Asia North Africa" (commonly known as the Middle East and North Africa).

On a global level, profound stresses in the world economy – which are not solely confined to Western countries – have exposed a hyper-globalised age in which opportunity, equality, fairness and social mobility appear to have been compromised to an unacceptable degree.

Deficits in national budgets around the world have created and accentuated a trust deficit as well as a human dignity deficit in both the West and West Asia North Africa. This reality has resulted in the "Occupy" movement in London and the United States and the "Indignant" movement in Spain, both of which were influenced by, and find common cause with, the Arab Awakening.

According to Prince El Hassan bin Talal, national budget deficits have led to deficits in trust and human dignity around the world, which in turn have fostered the "Occupy" and "Indignant" movements in Europe and America

​​What we may be seeing is the birth of a new global rhetoric born in the West Asia North Africa region. This rhetoric essentially argues that human beings are "too big to fail". In 2012 it will, however, require further articulating: none of the demonstrations in Tahrir Square in Cairo, on Wall Street in New York City or elsewhere have been intellectually or politically codified.

The concept of human security has instead been vindicated by events on the ground: a critical mass, made up of a once-silenced majority, has surfaced. But Tweeting – which is so closely associated with recent protests – is no substitute for thought, and passion no substitute for discipline.

We have become a region of a million accents; decades of divide and rule have rendered us incapable of speaking with one single voice. Because of this, others from outside the region too often do the talking for us.

It is time to develop new narratives and a greater sense of unity. A year ago, on 1 January 2011, 21 people were killed in an attack on a Coptic church in Alexandria; 25 days later, Muslims and Christians prayed beside each other in Tahrir Square. It did not last long; sectarian tensions have resurfaced in Egypt, in Bahrain and across the region as a whole. It did, however, suggest that the frictions which so often seem to split this region asunder are, in the final estimation, far more brittle than they appear. 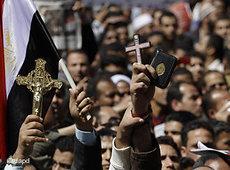 The joint solidarity protests by Muslims and Christians in Cairo were soon followed by sectarian tension throughout the region; could the "bill of rights that prohibits all forms of discrimination, but also outlines responsibilities" advocated by Prince El Hassan bin Talal ease or even prevent such tension in the future?

​​The Arab world is often depicted as a place fighting against everything, particularly progress. But over the past few months, it has been the men and women of this region who have led the way in fighting for what has been described as universal rights: for justice, transparency and accountability, for the right to have both a career and a family and for the right of Palestinians to become citizens in their own sovereign territory.

The future of West Asia North Africa is being re-engineered, contested and heavily fought across a wide range of arenas. That future remains uncertain and its contours opaque, but its embers are glowing.

Our region requires a bill of rights that prohibits all forms of discrimination, but also outlines responsibilities. We need to engage what I refer to as "third-sphere" communities – made up of civic organisations, government and the private sector – to engender meaningful models of social cohesion and social inclusion. We need to invest in research and development and incubate not just businesses but educated human beings.

In 1987, I was part of a commission that presented to the UN General Assembly a report which called for a "new international humanitarian order". The report, entitled "Winning the Human Race", argued that economic growth and national security were overwhelmingly dependent on individuals and community well-being.

The conclusions that can be drawn over the past 12 months seem to accord with the findings of this 24-year-old report. In a sense, both suggest that the real "change you can believe in" comes not from governments, armies or institutions – but from individual human beings.

Home
Print
Newsletter
More on this topic
Prince El Hassan bin Talal of Jordan: Making Sense of 9/11Interview with Prince Hassan of Jordan: ''Why Do We Blame Everything on Religion?''Qantara dossier: Uprisings in the Arab World
Related Topics
Arab Spring, Arabellion, Democracy and civil society, Dialogue of Cultures | Intercultural Dialogue, Islam and the West
All Topics

"The people aren’t ready for democracy" has been the constitutional basis for Arab tyranny, its favourite slogan and its sacred narrative for more than a century. Yet, asks Khaled ... END_OF_DOCUMENT_TOKEN_TO_BE_REPLACED

Two decades after the attacks of 11 September 2001, the West faces the shattered debris of its failure – not only in Afghanistan, but also in Iraq, Syria, Libya and Yemen. What ... END_OF_DOCUMENT_TOKEN_TO_BE_REPLACED

They have lost everything; they are deeply traumatised – and yet they refuse to give up hope. In “The Beekeeper of Aleppo“, bestselling author Christy Lefteri focuses on the ... END_OF_DOCUMENT_TOKEN_TO_BE_REPLACED

The disappearance of Razan Zeitouneh and her colleagues has been one of the greatest mysteries of the Syrian war – until today. DW's investigative unit hunted clues across six ... END_OF_DOCUMENT_TOKEN_TO_BE_REPLACED

How can the various realities of Kurdish life, shaped by depression, resistance and war, be depicted in art? This is the question addressed by the “bê welat – the unexpected ... END_OF_DOCUMENT_TOKEN_TO_BE_REPLACED

Millions of people in Syria's Idlib region depend on foreign aid that passes through only one border crossing. The UN mandate regulating passage through it will expire on 10 July ... END_OF_DOCUMENT_TOKEN_TO_BE_REPLACED
Author:
Prince El Hassan bin Talal
Date:
Mail:
Send via mail

END_OF_DOCUMENT_TOKEN_TO_BE_REPLACED
Social media
and networks
Subscribe to our
newsletter