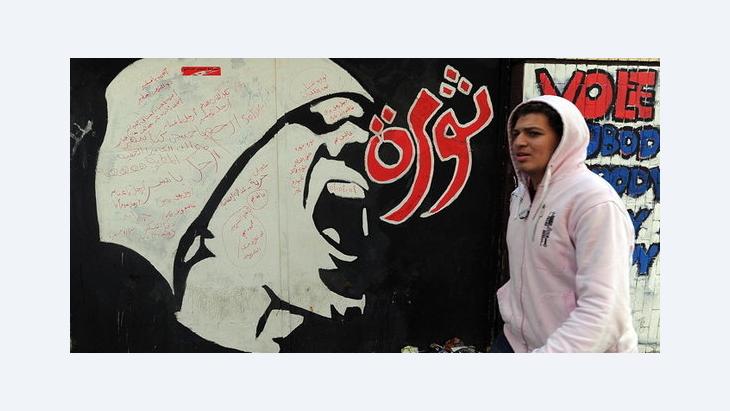 No Reason to Fear the Democratic Experiment

Will the Arab Spring end in an Islamist-dominated, backward-looking, grey winter? Despite the Islamists' recent successes in the first free elections in the Arab world, Qantara.de's Loay Mudhoon feels that this is unlikely to be the case

Almost a year after the start of the Arab Spring, have the results of the first truly free elections in Egypt destroyed the new Arab democracy movements' dream of freedom, the rule of law and a life of dignity?

One might feel that they have, at least since the surprising success of the radical Islamist Salafists in the first round of parliamentary elections in Egypt. But that would be a premature and overly simplistic conclusion to draw, especially in view of the unclear political situation in post-revolutionary Arab nations.

It is true that the ultra-conservative Salafists' understanding of Islam in Egypt is without doubt too narrow-minded to allow for constructive participation in a democratic political process. However, unlike the success of the politically inexperienced Salafists, the election victory of the Muslim Brotherhood's "Freedom and Justice" party was to be expected. This was also the case with the victory of the Justice and Development Party (PJD) in Morocco and the Ennahda movement in Tunisia.

Loay Mudhoon puts the success of the Islamists in the first round of elections in Egypt down to the fact that they are well rooted in society, well known and considered not to be corrupt

Islamists played to their strengths

These movements are mainstream parties which are deeply rooted in the population thanks to their network of mosques, kindergartens and other charitable institutions. They are also well-organized and are not considered corrupt.

During the short campaign period, the Islamists were able to deflect attention away from the actual socio-economic problems by focussing on their populist discourse. Questions such as "who are we?" were as fiercely debated before the elections as if Arab societies were facing a hostile takeover! That explains why these movements were able to mobilize their supporters better than the newly formed liberal and civil youth parties, which were far less active during the campaign.

But panic or even hysteria are out of place in this historic situation. After all, none of the Islamist election winners in any Arab country will be able to determine the rules of the democracies to be established on their own. 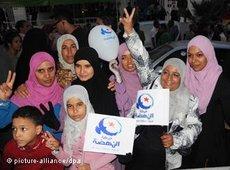 According to Loay Mudhoon, Islamists will have to "practice the art of painful compromise" in order to develop the ability to solve problems

​​In Tunisia, Ennahda has to enter a coalition with other secular parties. In Egypt, the Muslim Brotherhood will have to clearly distance itself from the Stone Age-Salafists if it wants to show itself to be a credible, reliable force for change and avoid confrontation with both the revolutionary movement and the military council.

More importantly, experience shows that democracy has to include major societal movements in the political system. There's no way around it. Only then do these fundamentalist oppositional forces learn what it really means to assume political responsibility. They have to practice the art of painful compromise and only then can they develop the ability to solve problems. In short: the normative power of reality inevitably makes them more pragmatic.

This means that the Arab neo-Islamists now have to decide: either they adapt to their changed environment or they continue to cling to their obsolete ideological concepts. Should they choose the second option, they will certainly fail to rise to the major challenges of the day, most notably the development of functioning institutions and the stimulation of the economy.

Home
Print
Newsletter
More on this topic
2011 in the Arab World: ''Change We Can Believe In''Relations between Christians and Muslims in the New Egypt: Civil Society Instead of ConfessionalismArab and Western Media 10 Years after 9/11: When Is a Martyr a Martyr?Qantara Dossier: Uprisings in the Arab World
Related Topics
Arab Spring, Arabellion, Democracy and civil society, Islam and democracy, Muslim Brotherhood, Salafis | Salafism, Sharia
All Topics

The Kurdish YPG militia did the heavy lifting in the fight against the "Islamic State", yet many foreign YPG adherents, including Germans, have come home to find themselves under ... END_OF_DOCUMENT_TOKEN_TO_BE_REPLACED

The terror attacks in Paris, Brussels and Berlin were all carried out by men radicalised in jail. In Germany, politics and the judiciary are trying out new approaches to prevent ... END_OF_DOCUMENT_TOKEN_TO_BE_REPLACED

The assassination of the Iranian general Qassem Soleimani in a surprise U.S. drone strike is being used by the Islamic Republic of Iran to political ends, says Iranian journalist ... END_OF_DOCUMENT_TOKEN_TO_BE_REPLACED

With "Assad or We Burn the Country", Sam Dagher has furnished the world with some genuine ammunition against the Syrian regime's on-going campaign of disinformation. The only ... END_OF_DOCUMENT_TOKEN_TO_BE_REPLACED

There are only a few thousand Aramaic Christians left in south eastern Anatolia. And they are intent on preserving their ancient culture dating back one-and-a-half millennia. ... END_OF_DOCUMENT_TOKEN_TO_BE_REPLACED

Basma, Jad and Ma'zooza are about to join the Sesame Street family. The trio of new Arabic-speaking characters will help teach children in the Middle East to read and write, as ... END_OF_DOCUMENT_TOKEN_TO_BE_REPLACED
Author:
Loay Mudhoon
Date:
Mail:
Send via mail