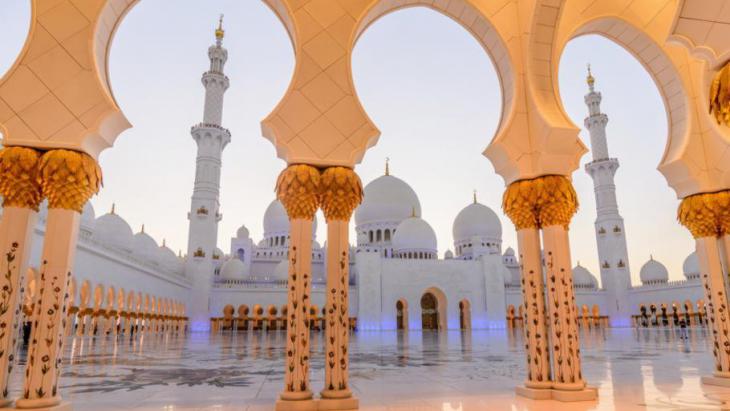 A round-up of Qantara.de's ten most read articles in 2017.

1. Interview with Karen Armstrong: Islamist violence is "in part a product of Western disdain"

Karen Armstrong, British scholar of comparative religion, finds that there is a long and inglorious tradition of distorting Islam in Europe. She criticises the notion that Islam is essentially more violent than Christianity and speaks about the genesis of Western disdain for the Arab world. Interview by Claudia Mende

2. The German Islam scholar Lamya Kaddor: Why I as a Muslim woman don't wear a headscarf

Does the Koran really demand that women wear headscarves? Or is it mainly older men who claim they can decide how women should dress – with no theological foundation whatsoever? For the Islam scholar Lamya Kaddor, there is no question about it: the headscarf is obsolete

4.The decline of Islamic scientific thought: Don't blame it on al-Ghazali

﻿Academics are correct in pinpointing the exact period in which Muslims began turning away from scientific innovation – the 11th century – but in Abu Hamid Al Ghazali they have identified the wrong person. By Hassan Hassan

5. Sex tourism in Egypt: A bride for the summer

Hundreds of under-age Egyptian girls enter temporary marriages with rich tourists from the Persian Gulf during the summer in return for money for their families. These unions – dubbed summer marriages – are not legally binding and end when the foreigners return to their own countries. By Elizabeth Lehmann, Eva Plesner and Flemming Weiss-Andersen

In a series of essays Omar Saif Ghobash offers a guide for young Muslims to navigate the complex 21st century. Although the book is written in the form of letters to his 15 year-old son Saif, the advice and counsel he offers is appropriate for Muslims of all ages. Sultan Sooud Al Qassemi read the book

In their correspondence, Emran Qureshi, journalist and expert for Islam and human rights, and Heba Raouf Ezzat, lecturer for political science and womens' rights activist, discuss the role of the Sharia in Islamic countries and the West

8. Temporary Marriage in Iran: The documentary film ''In the Bazaar of Sexes''

Indonesia is the guest country at the Frankfurt Book Fair this autumn. Just under 70 Indonesian authors will be in Frankfurt to give public readings. Qantara.de introduces seven of them. By Monika Griebeler

10. Muslims in liberal democracies: Why the West fears Islam

Harvard professor and Islam expert Jocelyne Cesari looks into the mechanisms of the West's fear of Islam, and ponders on how the dominant narrative that tends to present Islam as an alien religion can be countered

END_OF_DOCUMENT_TOKEN_TO_BE_REPLACED
Social media
and networks
Subscribe to our
newsletter