Few places are more punishing than Jacobabad in southern Pakistan. Last month, temperatures hit 51 Celsius on 14 May. Women and children bear the main brunt of such "extreme humid heat events". By Charlotte Greenfield and Gloria Dickie 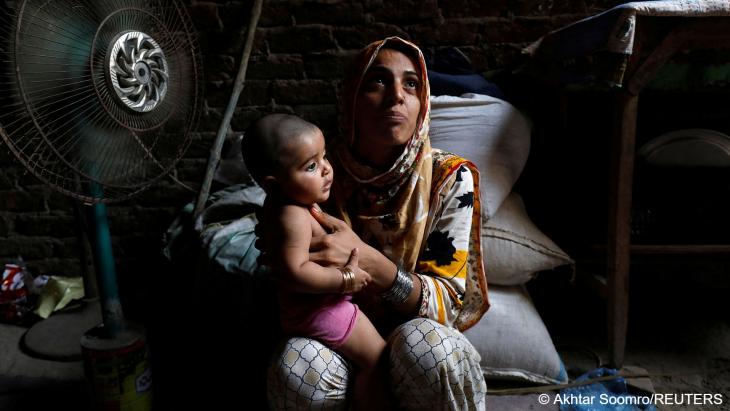 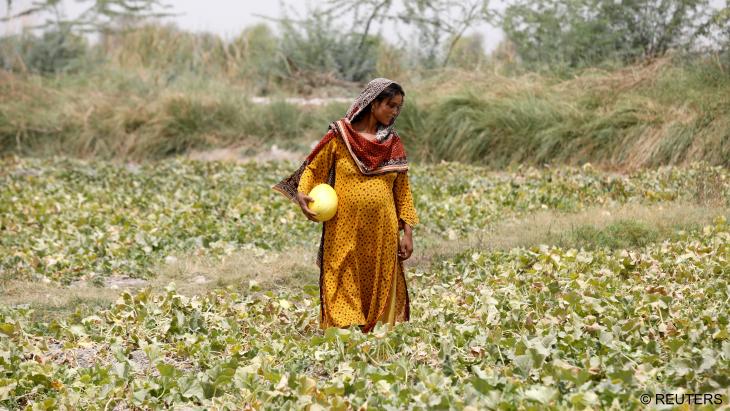 Stress for the pregnant: Sonari (pictured above) toils under the burning sun in fields dotted with bright yellow melons in Jacobabad, which last month became the hottest city on Earth. Her 17-year-old neighbour Waderi, who gave birth a few weeks ago, is back working, with her newborn lying on a blanket in the shade nearby so she can feed him when he cries 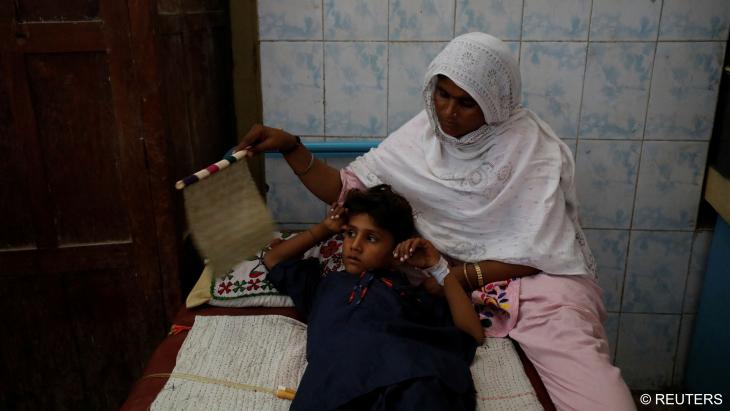 "If we go to hell, we'll take a blanket": Jacobabad's residents are well aware of their reputation as one of the world's hottest cities. South Asia has suffered unseasonably hot temperatures in recent months. An extreme heatwave that scorched Pakistan and India in April was 30 times more likely to happen due to climate change, according to scientists at World Weather Attribution 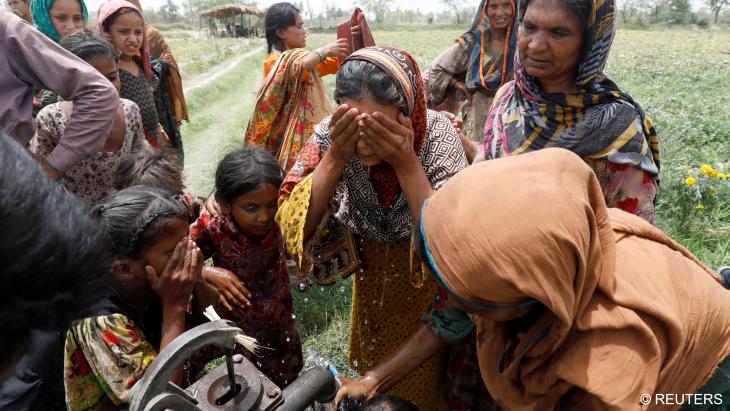 Extremely humid heat: the more humid it is, the harder it is for people to cool down via sweating. Such conditions are measured by "wet bulb temperatures", taken by a thermometer wrapped in a wet cloth. Wet bulb temperatures of 35°C or higher are considered the limit to human survival 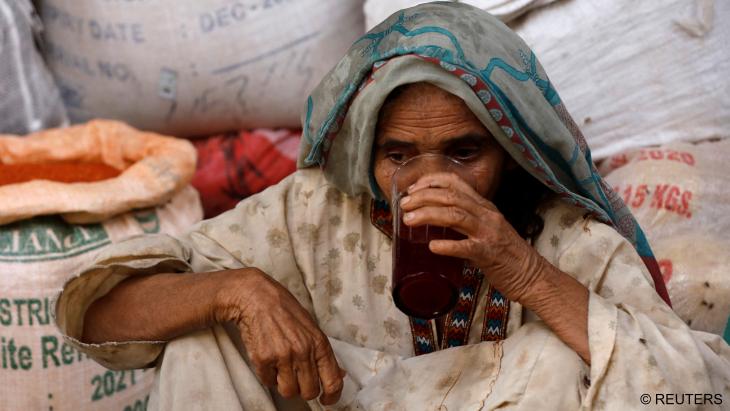 Heat is a "super big deal": Cecilia Sorensen, director of the Global Consortium on Climate and Health Education at Columbia University, said the unfolding impact of global warming on the health of women was "highly underdocumented", partly because extreme heat tended to exacerbate other conditions 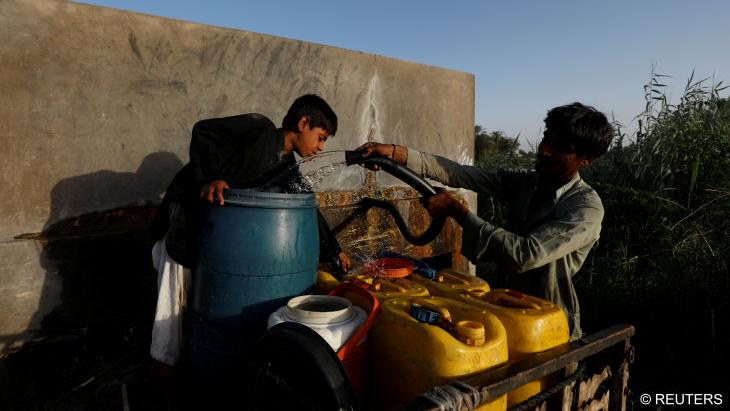 No water on tap: in a residential neighbourhood of Jacobabad, a donkey-drawn cart stacked with blue plastic jerrycans stops near the entrance to warren-like lanes leading to a cluster of homes. The cart's driver runs back and forth delivering 20-litre containers of water from one of a few dozen private pumps around the city 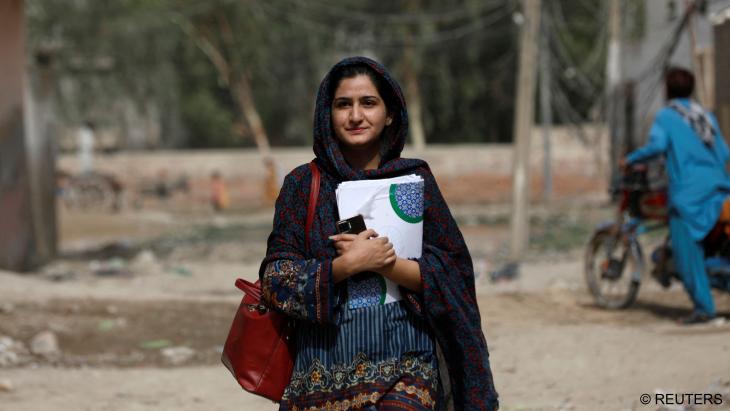 Advocating for women: "It feels like no one sees them, no one cares about them," aid worker Liza Khan said. Khan's phone rings constantly as she drives to one of three heatstroke response centres she has helped set up in recent weeks – part of her work with the non-proft group Community Development Foundation 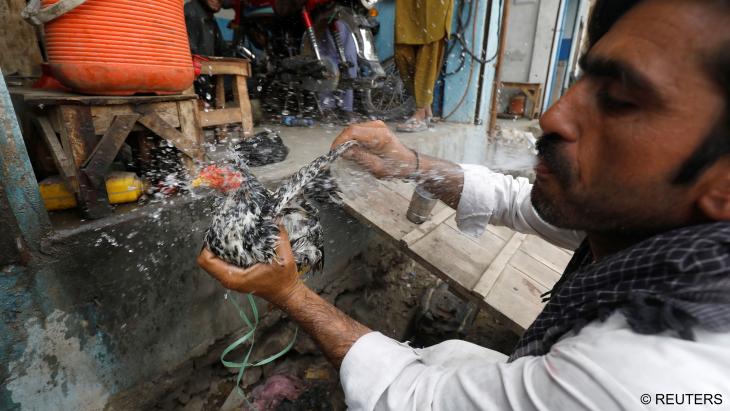 Power outages: local officials said water shortages were partly due to electricity cuts, meaning water cannot be filtered and sent via pipes throughout the city. There are also severe water shortages across Sindh, with climate change minister Rehman flagging shortfalls of up to 60% of what is needed in the province's key dams and canals 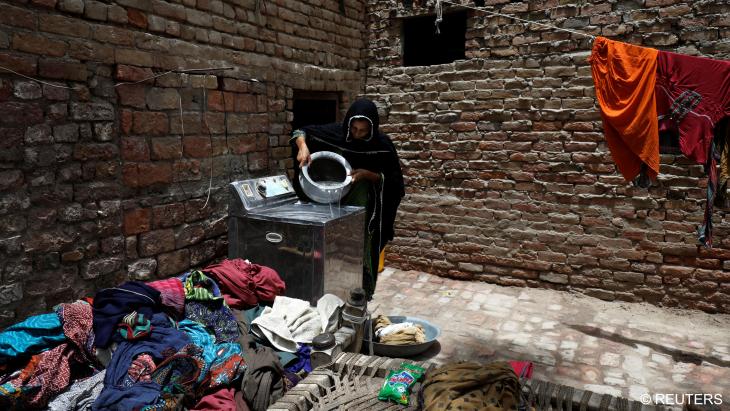 Widespread poverty: many people can't afford to use air conditioning or even electric fans to cool down. Experts recommend providing clean-energy stoves to replace open-fire cooking, offering women's medical and social services during early morning or evening hours when it is cooler and replacing tin roofs with cooler material in white to reflect solar radiation away from the home 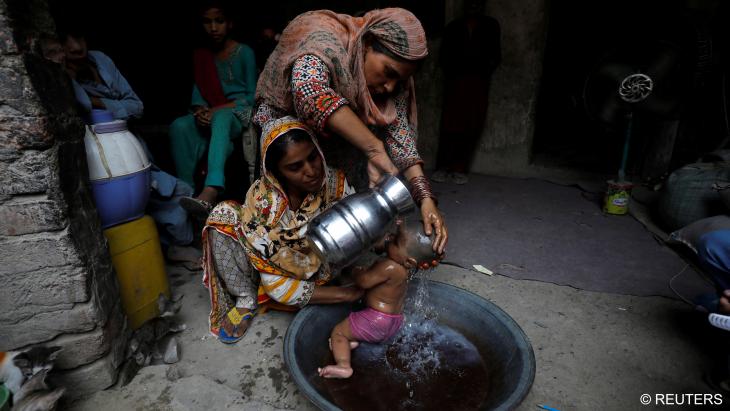 Climate change frontline: according to interviews with more than a dozen female residents in the Jacobabad area as well as several development and human rights experts, women are especially vulnerable to rising temperatures in poor countries because many have little choice but to work through their pregnancies and soon after giving birth 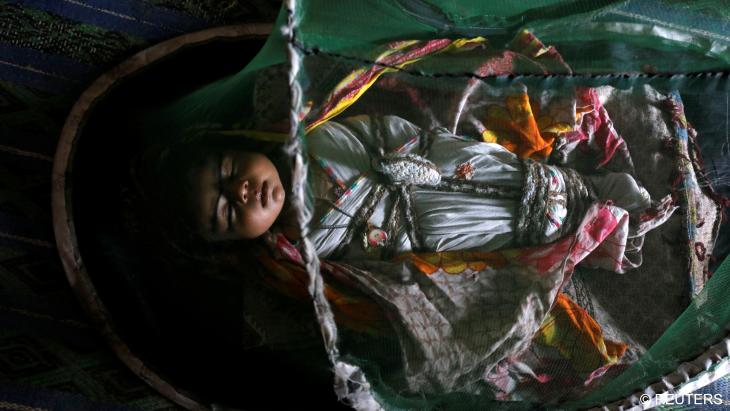 Babies at risk: for every 1 degree Celsius in temperature rise, the number of stillbirths and premature deliveries increases by about 5%, according to the meta-analysis, which was carried out by several research institutions globally and published in the British Medical Journal in September 2020

END_OF_DOCUMENT_TOKEN_TO_BE_REPLACED
Social media
and networks
Subscribe to our
newsletter