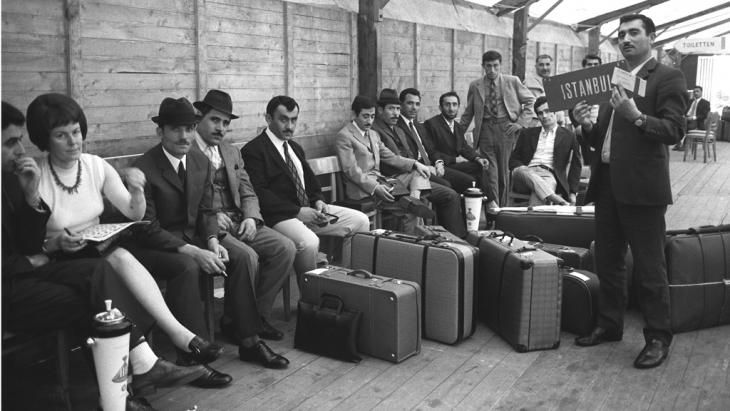 55 years of German-Turkish labour recruitment
Integration is a crossroads

In October it will be fifty-five years since Germany and Turkey signed the labour recruitment agreement. And yet many people of Turkish origin still feel like outsiders in Germany. What does that tell us about the course of integration and what role does past experience play in the current situation? By Melanie Christina Mohr

Despite industry having recruited a large number of guest workers in the 1960s and 70s, the majority of West Germans had limited contact with the mainly Turkish migrants. The German state, driven by the assumption that the migrants would place the emphasis on the first part of the term "guest workers" and return home after providing their labour, had to learn a lesson from the author Max Frisch: ″We called for labour and what came were people,″ he wrote in 1965. People whose children attended German schools and who were able to get along with the system for which they were – albeit only temporarily – recruited. It was mainly young men who were met at stations across West Germany by company representatives and employment exchange staff between 1961 and 1973.

The situation for refugees arriving in Germany these days is a very different one. In many cases, theirs is an enforced form of migration, taking place due to war, oppression and persecution and leaving them no other option. Yet although the starting point is not the same, it is still important to look at the problems and successes of past integration processes.

In October it will be fifty-five years since Germany and Turkey signed the labour recruitment agreement. Despite that, it sometimes appears as if Germany were only just beginning to consider how integration works. Many people of Turkish origin, including those born and socialised in Germany, still feel like outsiders in the country. While the second and third generation of so-called Turkish Germans were expected to tackle Schiller′s eighteenth-century ballads and internalise German punctuality, the education system has failed to take an active approach to the country′s cultural diversity.

It is high time to renew the discussion on the duties of educational institutions. In the 21st century, the work of education and teaching should no longer be restricted to qualifying pupils for the labour market. 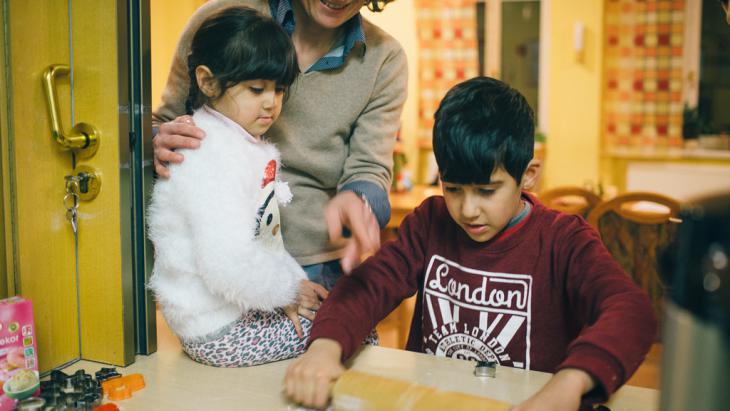 Unequal opportunities: according to UNICEF, underage refugees are becoming increasingly disadvantaged in Germany. Children and young people seeking refuge have been living for longer and longer periods in environments unsuitable for their age groups, the organisation has found. They often have only limited access to education for months in emergency or initial reception facilities, or no educational access at all. This generally delays children′s integration into schools and kindergartens, UNICEF reports

The focus should be on overcoming cultural barriers and thus adapting the curriculum and syllabus to present-day social structures. Understanding the challenges and the enrichments of cultural diversity and dealing with it is a process and one that can only work through interaction. The 21st century goes beyond ethnocentric boundaries to tap into a rich global cultural memory bank – and that can favour and foster integration.

According to Peter C. Seel, former director of the Goethe-Institut in Krakow, language teaching works on a two-way basis: "Learners are to be introduced to unfamiliar elements on one side, but on the other side they should also learn to describe and present themselves and their own culture." Seel calls this "looking at unfamiliarity against the background of the familiar".

This aspect illustrates that the goal of integration cannot be assimilation. The aim is to articulate the new and unfamiliar using the tools of the familiar. By implication, that means that studying the unfamiliar and gaining knowledge beyond internal cultural boundaries is the task and duty of those institutions that play a key role in language acquisition: kindergartens, schools and universities.

What it also means is that the stories of the Turkish fool Nasreddin Hodja, for example – very popular beyond Turkey across the Arabic-speaking world – should stand side by side with the wonderful adventures of Pippi Longstocking, Emil in Lonneberga or Pettson and Findus in every German kindergarten. 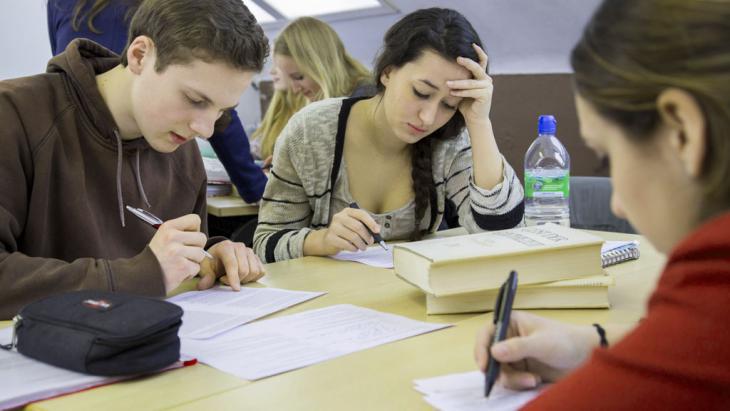 "Studying prose and poetry in school curricula must not be restricted to the works of European writers. The objective should be to strengthen multicultural thought and in a certain sense to institutionalise its ideas. After all, integration is built on the foundations of standardised knowledge," writes Mohr

Studying prose and poetry in school curricula must not be restricted to the works of European writers. Sensitising students to the value of non-European literature, knowledge and theories would not only help them to understand unfamiliar concepts and ideas and regard them as an enrichment, but would also act to prevent xenophobic resentment. The objective should be to strengthen multicultural thought and in a certain sense to institutionalise its ideas. After all, integration is built on the foundations of standardised knowledge, culture and ideas.

In his book "Wer ist Wir?" (Who is we?) the Orientalist and writer Navid Kermani warns against reducing migrants to their faith, asking an inescapable question in his very title. Even though people do come to feel closer to certain groupings, movements or ideas in the course of their socialisation, that is no reason to reduce individuals to these systems of thought. Despite similar living situations and cultural contexts, people do develop differently.

The philosopher Arthur Schopenhauer once noted aptly on this subject: "In the same surroundings, each lives in his own world." Just because people were born in a certain country or a specific region, that does not mean they share the political or religious orientation of their country of origin. All too often, exclusion takes place by means of unconsidered grammatical conventions.

For the integration process, it is important to remind oneself that religion has no nationality. By analogy, that means that not all people from Islamic countries are Muslims. At the same time, there are people of German ethnicity who consider themselves Muslims, while others have nothing to do with any religion. Integration should be based on acceptance of the individual rather than on only apparently homogeneous categories.

Thus, when a society liberates itself from valuing individuals according to their religious, political or sexual orientation, it is able to address the individual first and foremost when it comes to integration. Integration is not a one-way street – it is more like a crossroads offering each of us many different options as to where we go next.

Home
Print
Newsletter
More on this topic
How German textbooks present Islam and immigration: "Diversity is part of everyday life"Arabic literature as a cultural asset: Uncharted watersIslam in Germany "Democracy and human rights are just hollow words"
Related Topics
Education, Integration in Germany, Languages, Migration, Migration in Germany, Muslims in the West, Policy on refugees and migration, Refugees
All Topics

Sudanese protesters have been calling for the removal of German diplomat Volker Perthes from the UN mission to the country. Despite the fractious nature of post-dictatorship ... END_OF_DOCUMENT_TOKEN_TO_BE_REPLACED

Education for girls and women is still possible in Afghanistan, says Reinhard Eroes of the Kinderhilfe Afghanistan initiative. In interview with Elisa Rheinheimer, he talks about ... END_OF_DOCUMENT_TOKEN_TO_BE_REPLACED

We are in favour of human rights. But One Love armbands are self-righteous and ignore some fundamental issues. Stefan Buchen examines the debate surrounding the World Cup in Qatar END_OF_DOCUMENT_TOKEN_TO_BE_REPLACED

In Doha, Arabs from Morocco, Tunisia, Egypt and Algeria are gathering to celebrate the first ever FIFA World Cup to be held on Arab soil. The criticism from Europe? Over the top, ... END_OF_DOCUMENT_TOKEN_TO_BE_REPLACED

Canan Topcu came from Turkey to Germany as a child. In her essay, she describes how bothered she was by the racism she encountered in her country of origin when she travelled ... END_OF_DOCUMENT_TOKEN_TO_BE_REPLACED

All organisers use major sporting events like this year’s FIFA World Cup in Qatar primarily to advertise their country and promote a slick public image. This is not something we ... END_OF_DOCUMENT_TOKEN_TO_BE_REPLACED

Comments for this article: Integration is a crossroads

Your point of view

Voices like yours are rare and I'm always happy reading your points of view. Another great article. Thanks a lot. Publish more, widely and keep your spirit. You are an inspiration to me.

END_OF_DOCUMENT_TOKEN_TO_BE_REPLACED
Social media
and networks
Subscribe to our
newsletter